JOHOR BAHRU (BERNAMA) – The remand of a man believed to be involved in the murder of his wife and her three-month old baby at a house in Kampung Bakar Batu, last Monday, has been extended for another seven days until July 18.

Johor Bahru Magistrate’s Court Senior Assistant Registrar Suhaila Shafiuddin yesterday granted the extension against the 24-year-old suspect following an application by the police to facilitate investigations under Section 302 of the Penal Code.

The suspect, a ship cleaner, had earlier been remanded for a week from July 5 and the order expired yesterday. The man was arrested on July 4 in Permas Jaya area, a few hours after the slain bodies of the victims were found in front of their house, in Kampong Bakar Batu.

The man was riding a motorcycle naked when he was arrested at 2.45pm and police also seized a meat cleaver from him.

Two days ago, Johor Police Chief Datuk Kamarul Zaman Mamat was reported to have said, statements have been recorded from 11 individuals in connection with the murder case and investigations were ongoing. 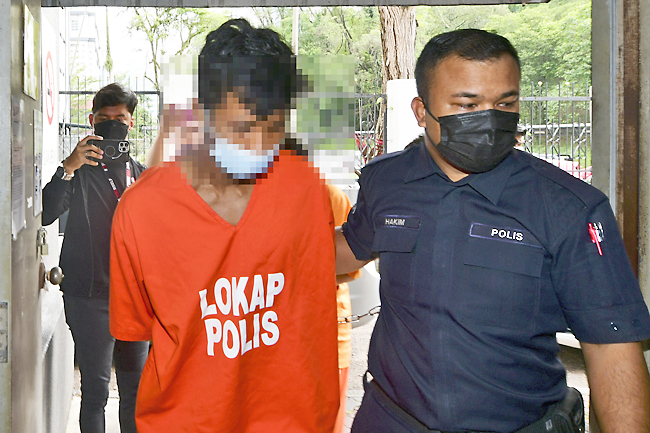