BANGKOK (AFP) – Flecked with sewage, a Thai prisoner grapples with an overflowing bucket as he and his fellow inmates clean Bangkok’s congested drains for the first time in two years.

Pre-pandemic, convicts could volunteer to clear the sewers of Thailand’s capital – which sits only 1.5 metres above sea level and is perennially beset by flooding – earning time off their sentences.

But fears of spreading the virus meant the gutter-diving work has been done by city authorities and workers, until now.

“It is a pretty tough and exhausting job,” said one 33-year-old prisoner, who was not permitted to give his name, adding – not unsurprisingly – that the work was “smelly”.

He is one of roughly 80 inmates shipped in from three prisons to an eastern Bangkok suburb and set to labour, earning money and a day off their sentences for each day worked. “I still want to do this job, so I can return home to my family earlier,” explained the man, wearing a bright blue baseball cap and a dark blue prison uniform. 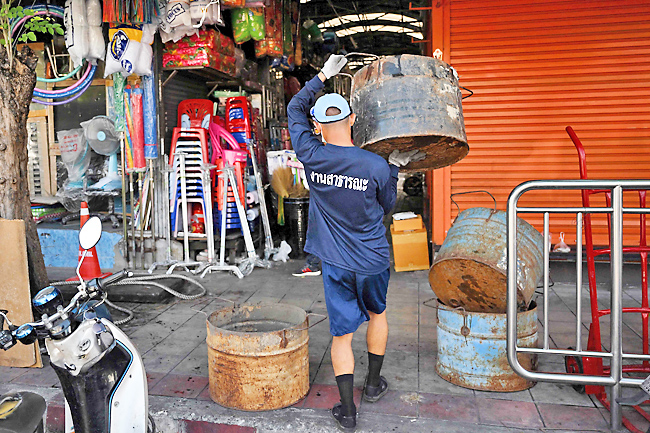 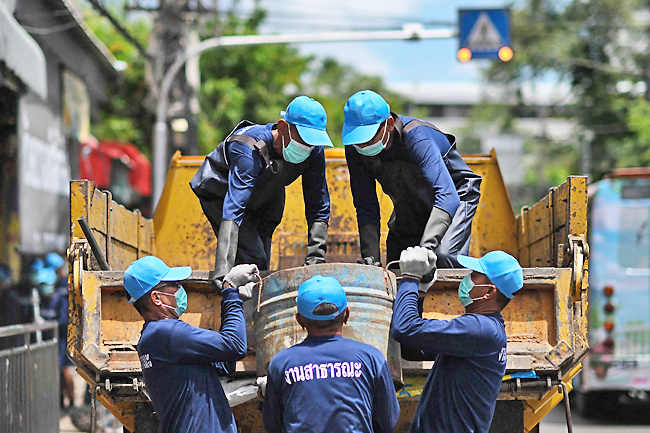 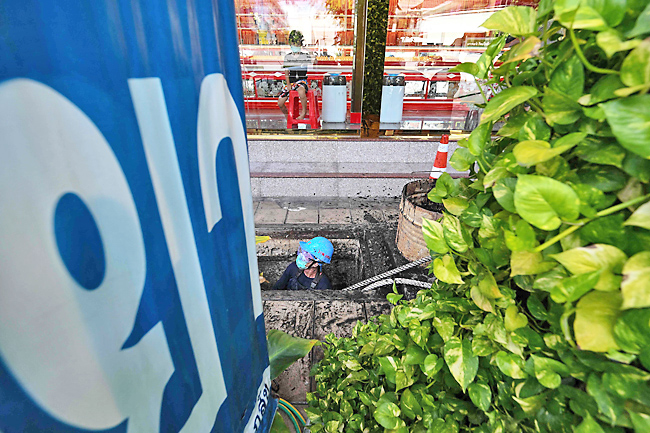 After hauling up the concrete slabs covering the drains, the inmates – wearing protective waders and heavy-duty gloves – drop down and scrabble out the grime, filling large iron tubs with stinking slop.

They work through the day, fuelled by donations from grateful shopkeepers pleased to see the drains outside their stores finally cleared. “This is the first time since the pandemic” that the drains have been cleared by prisoners, said a Bangkok Remand Prison guard, who declined to be identified as he was not authorised to speak to the press.

Once dubbed the ‘Venice of the East’, the capital endures flooding during the rainy season – from roughly July to October – with backed-up drains contributing.

And for at least one of the prisoners, who had less than a year remaining to serve, cleaning the sewers helped him feel better about his past. “We have made mistakes in life so we end up in jail,” he said.

“Having a chance to come out and help the public makes me feel very good.”