A thief who attempted to destroy CCTV evidence by burning down the mosque in Kampong Mentiri in 2017, had his nine-year jail term reduced to seven-years-and-eight months by the Court of Appeal, citing the appellant’s guilty plea and seeing a lesser ‘intent to cause damage’ in the arson charge.

Mohd Erwan bin Manggis appealed for a lighter sentence, expressing remorse for the crime, while also saying that the punishment was too heavy. He still faces six canings.

The appellate court slightly reduced the jail term from the arson charge, stating that the “commission of the offence was clearly impromptu”.

The court added that the steps taken to cause the fire were improvised.

“No accelerant was used,” said the court, adding that, “He was motivated to destroy the CCTV camera to avoid detection for his failed attempts to steal from the donation box.”

The deputy public prosecutor had urged the court to reject the application, stating that the sentences to each of the charges faced by the appellant be served consecutively to reflect the separate commission of the offences and his culpability in covering up and fleeing from the fire he started, which caused damages to the tune of BND5 million. 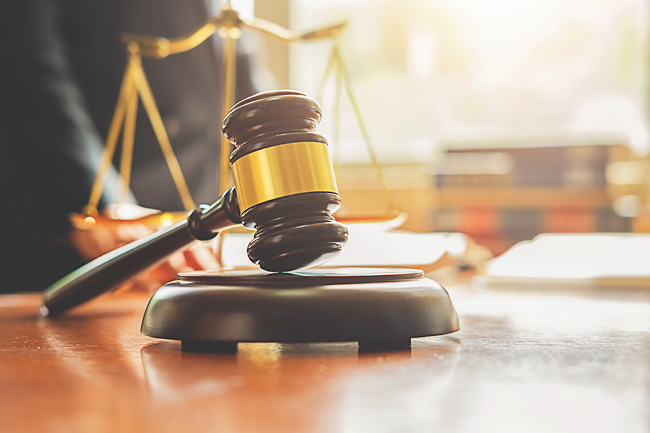 Mohd Erwan was arrested and charged in 2021 after police discovered him and another person to have been involved in the RPN Kampong Mentiri Mosque fire in 2017. He had pleaded guilty to charges of burning down the mosque and stealing from his mother and was sentenced in December 2021.

On April 4, 2017 at 2am, Mohd Erwan with a friend entered the mosque through the compound and unlocked door. He and his accomplice took turns using a cloth hanger in unsuccessful attempts to fish money out of the mosque donation box.

After several attempts, Mohd Erwan realised a CCTV camera was pointed towards them, and fearing discovery, he decided to destroy any evidence by burning the mosque down. He went to the front of the mosque and burnt a plastic grill of an air-conditioner.

The defendant and his friend ran before they heard an explosion and a huge fire broke out on the mosque’s dome.

The Fire and Rescue Department, alerted by a resident, managed to control the fire.

However, most parts of the mosque was damaged and was beyond functioning.

Sometime in March 2021, when the defendant was desperate for cash, he rummaged through his mother’s belongings in her bedroom at home and made away with some jewellery and patterned fabric.

He brought the jewellery to a goldsmith to sell them, but was told the items were fake. After disposing of some of the jewellery into a river, he sold some of the patterned fabric to an elderly woman for BND20.

Upon returning home, his mother confronted him over the missing items, and he immediately fled.

A police report was lodged and he was arrested.