Morning trains delayed by swan on the tracks in England

UPI – Some morning commuters using England’s Network Rail’s Wessex were delayed for about an hour on Monday when a swan was spotted on the train tracks.

The Wessex route posted a photo to Twitter (photo below) showing an employee carrying the swan after it was safely captured and put in a bag for restraint.

“If you swan around on the railway, you get The Bag,” the tweet said. 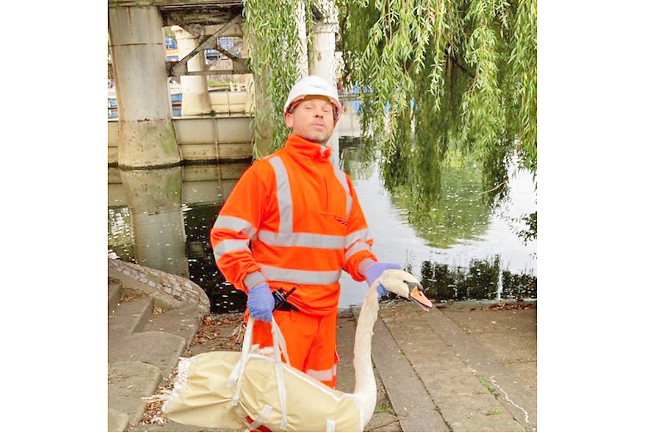