DOHA, QATAR (AP) – Two weeks into the first World Cup in the Middle East, fewer teams are at the tournament and some fans are starting to make long journeys home.

But there is still plenty to see and do in Qatar for those who remain.

Camels are a common sight in Doha. In front of the Qatari government palace Amiri Diwan, guards ride camels to patrol the area with the city’s glittering skyline as a backdrop.

In a dusty lot on the fringes of the Souq Waqif bazaar in the capital, dozens of camels rest as herders try to draw in tourists for photos with the animals. There’s even a camel beauty pageant called the Mzayen World Cup outside Doha.

Besides camel-watching, the golden sand and warm turquoise waters are a big draw for those who live in colder climates and for the locals.

At Katara Beach in Doha, a group of local men pray with their backs to the coastline. Women sit on swings at a beach in Al Khor in northern Qatar.

At night, fireworks light up the sky near the official fan festival as people watch from across the bay. Tourists can also take a boat trip to admire the sunset over the West Bay skyline in Doha. 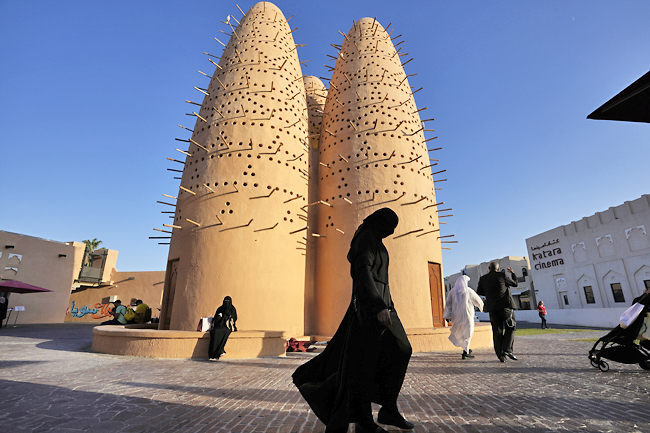 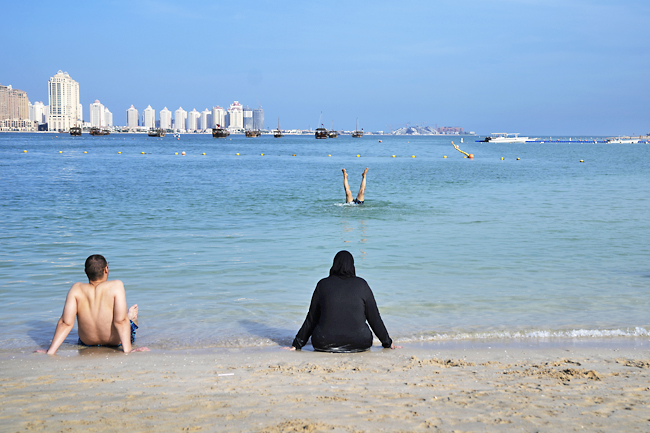