CNA – We all know a few of those lucky people who, somehow, have managed to avoid ever catching COVID-19. Perhaps you’re one of them. Is this a Marvel-esque superpower? Is there any scientific reason why a person might be resistant to becoming infected when the virus seems to be everywhere? Or is it simply luck?

More than 60 per cent of people in the United Kingdom (UK) have tested positive for COVID-19 at least once. However, the number of people who have actually been infected with SARS-CoV-2, the virus that causes COVID-19, is thought to be higher. The calculated rate of asymptomatic infections varies depending on the study, though most agree it’s fairly common.

But even taking into account people who have had COVID-19 and not realised it, there is still likely a group of people who never have. The reason why some people appear immune to COVID-19 is one question that has persisted throughout the pandemic. As with so much in science, there isn’t one simple answer.

We can probably dismiss the Marvel-esque superpower theory. But science and luck likely both have a role to play.

The simplest explanation is that these people have never come into contact with the virus. This could certainly be the case for people who have been shielded during the pandemic.

People at significantly greater risk of severe disease, such as those with chronic heart or lung conditions, have had a tough couple of years. Many of them continue to take precautions to avoid potential exposure to the virus. Even with additional safety measures, many of these people have ended up with COVID-19. 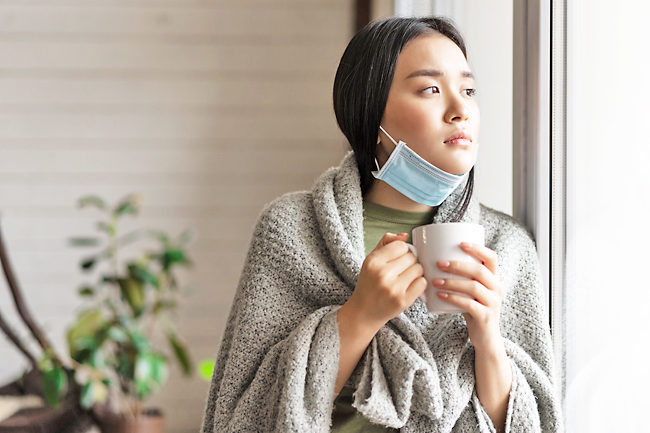 Due to the high level of community transmission, particularly with the extremely transmissible Omicron variant, it’s very unlikely that someone going to work or school, socialising and shopping hasn’t been near someone infected with the virus.

Yet there are people who have experienced high levels of exposure, such as hospital workers or family members of people who have had COVID-19, who have somehow managed to avoid testing positive.

We know from several studies that vaccines not only reduce the risk of severe disease but also cut the chance of household transmission of SARS-CoV-2 by about half. So certainly vaccination could have helped some close contacts avoid becoming infected.

However, it’s important to note that these studies were done pre-Omicron. The data we have on the effect of vaccination on Omicron transmission is still limited.

One theory around why certain people have avoided infection is that, although they are exposed to the virus, it fails to establish an infection even after gaining entry to the airways.

This could be due to a lack of the receptors needed for SARS-CoV-2 to gain access to cells.

Once a person does become infected, researchers have identified that differences in the immune response to SARS-CoV-2 play a role in determining the severity of symptoms. It is possible that a quick and robust immune response could prevent the virus from replicating to any great degree in the first instance.

The efficacy of our immune response to infection is largely defined by our age and our genetics. That said, a healthy lifestyle certainly helps. For example, we know that vitamin D deficiency can increase the risk of certain infections. Not getting enough sleep can also have a detrimental effect on our body’s ability to fight invading pathogens.

Scientists studying the underlying causes of severe COVID-19 have identified a genetic cause in nearly 20 per cent of critical cases. Just as genetics could be one determining factor of disease severity, our genetic makeup may also hold the key to resistance to SARS-CoV-2 infection.

In our research on SARS-CoV-2 infection, we grow nasal cells from human donors on plastic dishes which we can then add the virus to and investigate how the cells respond. During our research, we found one donor whose cells could not be infected with SARS-CoV-2.

We discovered some really interesting genetic mutations, including several involved with the body’s immune response to infection, that could explain why. A mutation, which we identified in a gene involved in sensing the presence of a virus, has previously been shown to confer resistance to HIV infection.

Our research is on a small number of donors and highlights that we’re still only scraping the surface of research into genetic susceptibility or resistance to infections.

There’s also the possibility that previous infection with other types of coronaviruses results in cross-reactive immunity. This is where our immune system may recognise SARS-CoV-2 as being similar to a recent invading virus and launch an immune response.

How long-lasting this immunity may be is another question. Seasonal coronaviruses that circulated pre-2020 were able to re-infect the same people after 12 months.

If you’ve managed to avoid COVID-19 to date, maybe you do have natural immunity to SARS-CoV-2 infection, or perhaps you’ve just been lucky. Either way, it’s sensible to continue to take precautions against this virus that we still know so little about.