Morata to return to Atletico as loan at Juventus ends

MILAN (AFP) – Alvaro Morata will return to Atletico Madrid after his loan at Juventus comes to an end yesterday, the Serie A club have announced.

The Spanish international forward will leave Turin after the two clubs failed to come to an agreement that would have allowed him to extend his stay in Italy.

“Alvaro Morata’s adventure at Juventus has come to an end,” the Italian club said in a statement.

“The Spanish forward, on loan from Atletico Madrid over the last two seasons, leaves the Bianconeri for the second time and returns to the ranks of the Colchoneros.”

Morata was in his second spell at Juve after being loaned there by Atletico in 2020, winning the Italian Cup the following year and scoring 32 times in all competitions.

He previously played for the club between 2014 and 2016, when he won two league and cup doubles and reached the final of the Champions League in 2015.

The 29-year-old was happy at Juventus and said that he wanted to stay in Turin.

“Having the chance to wear this shirt is one of the best things that ever happened to me,” Morata said in a farewell message on Instagram.

Juventus needed to pay EUR35 million to make Morata’s move permanent according to the deal struck with Atletico, but Italian media report that he could still return if the Spanish side lower their asking price during the summer. 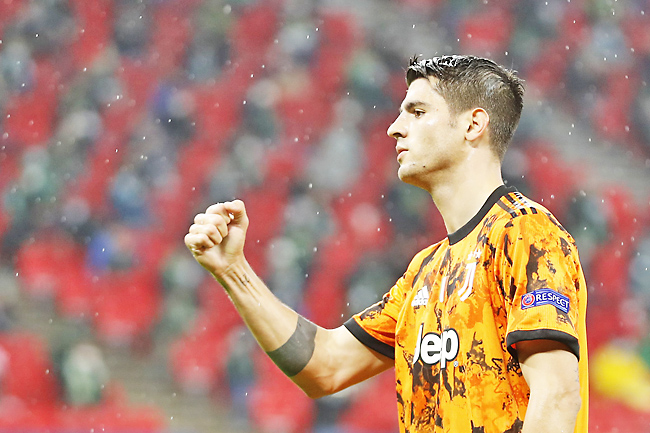