QUETTA, PAKISTAN (AP) – At least six people, including women and children, were killed when the roofs of their homes collapsed in heavy rains lashing southwestern Pakistan and other parts of the country, a provincial disaster management agency said yesterday.

There were fears the death toll could be higher as several people went missing after flash flooding hit southwestern Baluchistan province’s remote areas overnight, according to a statement from the agency. Authorities said the latest spell of torrential rains, which started on Monday and continued yesterday, also damaged dozens of homes in Baluchistan.

Since June, rains have killed 38 people and damaged more than 200 homes across Pakistan, including in Baluchistan, where over the weekend, a passenger bus skidded off a road and fell into a deep ravine amid heavy rain, killing 19 people. 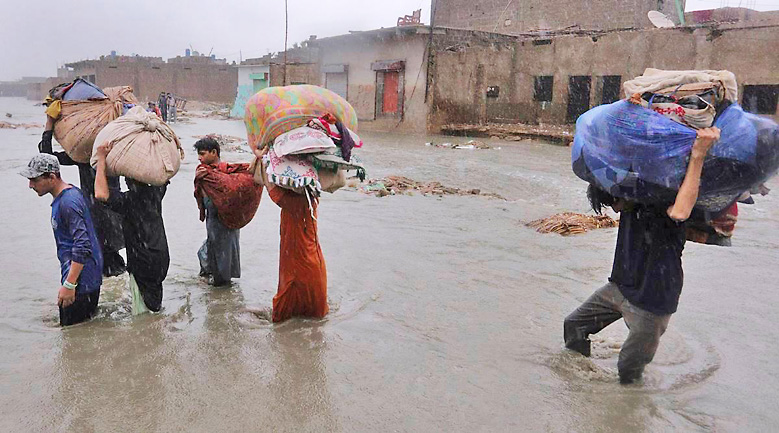