CLEVELAND (AP) – There have been flashes of brilliance from Evan Mobley, tantalising moments that convinced the Cavaliers he’ll dominate. Yesterday, he put it all together.

Mobley scored a career-high 38 points, Darius Garland added 21 and Cleveland bounced back from an embarrassing loss with a 114-102 win over the Milwaukee Bucks, who were again without injured star Giannis Antetokounmpo.

Mobley made sure the Cavs shook off their awful performance in a 120-114 loss a night earlier to the Golden State Warriors, who beat Cleveland despite resting Stephen Curry and three other starters.

The 21-year-old Mobley finished 19 of 27 from the field and had his top scoring performance as a pro without making a free throw or three-pointer. 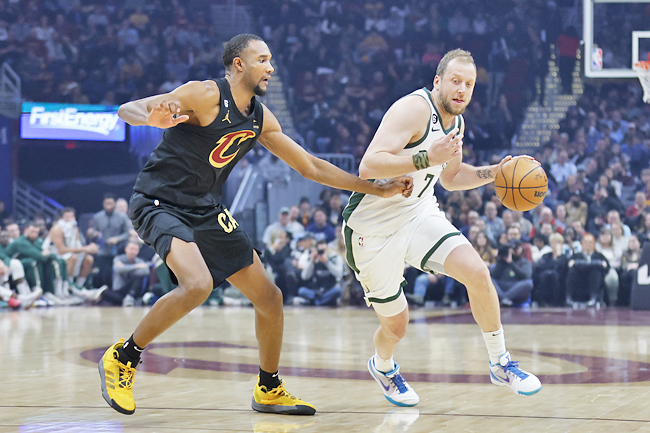 “That’s exactly what we want to see from four,” Garland said, referring to Mobley’s jersey.

“Him being aggressive. Him just finding his pocket and doing what he does best. I would love to see that every night.”

Mobley is only the fourth player since 1979, when the three-point line was adopted, to score at least 38 points without making a free throw or three-pointer. Hakeem Olajuwon, Alex English (twice) and George Gervin are the others.

“He was aggressive,” Cavs coach JB Bickerstaff said. “He was assertive. He was attack-minded. He was creating for himself and his teammates felt him rolling. I don’t think this is what he’s capable of.”

Mobley scored 12 of Cleveland’s first 15 points in the fourth and the Cavs, who were without star Donovan Mitchell due to a groin strain for the third straight game, put together a run to separate from the Bucks.