The event, aimed at glorifying the holy month of Ramadhan, was jointly organised by the Internal Security Department and Anti-Corruption Bureau with mosque takmir committee members’ cooperation.

It continued with the reading of Surah Al-Fatihah, followed by Tedarus Al-Quran and Doa Selamat. The annual religious event was also held to foster closer ties between officers and staff and mosque congregants and villagers while aiming to gain rewards and blessings from Allah the Almighty. 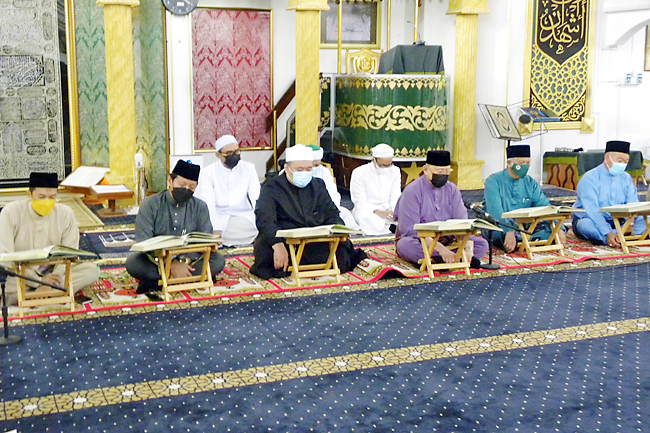