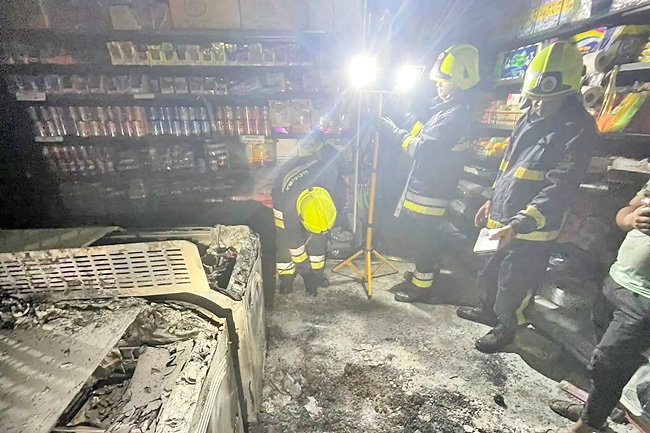 Swift action by an employee of a minimart in Temburong District prevented a fire from spreading at his workplace on Thursday, said the Fire and Rescue Department (FRD).

The fire at the scene was brought under control by the minimart staff member using two fire extinguishers, said the FRD.

Six firefighters with a fire engine from Bangar Fire Station, led by ASO Muslim bin Nayan were dispatched to the minimart at Kampong Batu Apoi after an emergency call was received at 7.22am.