The Ministry of Defence (MinDef) yesterday received an official visit from Chief of Defence Forces of the Royal Thai Armed Forces (RTARF) General Chalermphon Srisawasdi, who is in Brunei Darussalam until August 18.

Brunei Darussalam and Thailand have enjoyed close and long-standing defence relations since the cementing of ties in 1984.

The bilateral defence relations has expanded with engagements in the form of visits, defence and military meetings, exercises, trainings, professional exchanges and courses.

This is General Chalermphon Srisawasdi’s first visit to Brunei Darussalam since his appointment on October 1, 2020. 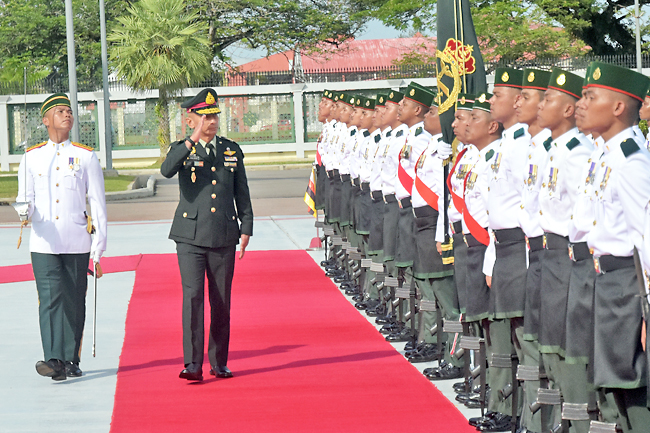