REDMOND (AP) – Microsoft on Tuesday reported fiscal fourth-quarter profit of USD16.7 billion, or USD2.23 per share, falling short of analyst expectations for USD2.29 per share – a rare disappointment from the tech giant that has consistently beat Wall Street expectations in recent years.

It posted revenue of USD51.9 billion in the April-June period, up 12 per cent from last year. Analysts had been looking for revenue of USD52.94 billion, according to FactSet.

The company blamed a number of “evolving macroeconomic conditions and other unforeseen items” for affecting its financial performance, including pandemic-related production shutdowns in China, a deteriorating personal computer market, lowered spending on advertisements and the war in Ukraine, which led Microsoft to scale down its operations in Russia.

The company had already lowered its profit and sales estimates in early June based on what it described as “unfavourable” changes in the foreign exchange rate as the United States (US) dollar surged. 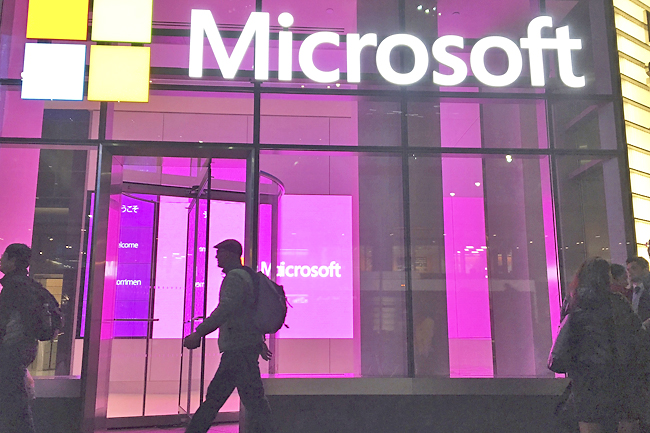 Sales from those licenses dropped two per cent from the same time last year, Microsoft reported on Tuesday. That, along with a six per cent drop in sales of Microsoft’s Xbox gaming-related content, dragged down the company’s broader personal computing business segment, which grew just two per cent to USD14.4 billion for the quarter.

The market research firm Gartner recently said global PC shipments declined 12.6 per cent in the second calendar quarter of 2022 from the same time last year, the sharpest decline in nine years. Another report by “International Data Corp” estimates PC shipments declined 15.3 per cent during that April-June period, the second consecutive quarter of lower shipments after two years of growth.

Growth of Microsoft’s cloud computing business made up for some of its shortfalls elsewhere. Microsoft’s cloud-based segment sold USD20.9 billion for the quarter, up 20 per cent from last year.

Microsoft’s work-related software segment, which includes its Office suite of products, grew 13 per cent to USD16.6 billion for the quarter. That included a 26 per cent increase in revenue from its career-focussed social network LinkedIn, despite lower spending on ads on the service.

Microsoft is currently aiming to close on a USD68.7 billion purchase of video game company Activision Blizzard, in what could be the largest-ever tech industry acquisition.

The deal, announced in January, awaits approval from antitrust authorities in the United States and the United Kingdom.