Two judges scored the bout 115-112 for Vargas while the third saw Magsayo a 114-113 winner in the showdown at the Alamodome in San Antonio, Texas.

“It was a great fight,” Vargas said. “I have no words to describe what happened. I’m so proud. It’s my second title. It’s going back with me to Mexico.”

Magsayo, who won the title in January with a majority decision over American Gary Russell Jr, fell to 24-1.

“He’s the man of today. That’s all,” Magsayo said. “I’ll come back stronger. I did my best. A little rest and I’ll train to fight again. I’ll correct my mistakes next fight.”

Vargas said his next likely fight would be against a compatriot, World Boxing Association featherweight champion Leo Santa Cruz.

“That has been talked about,” Vargas said. 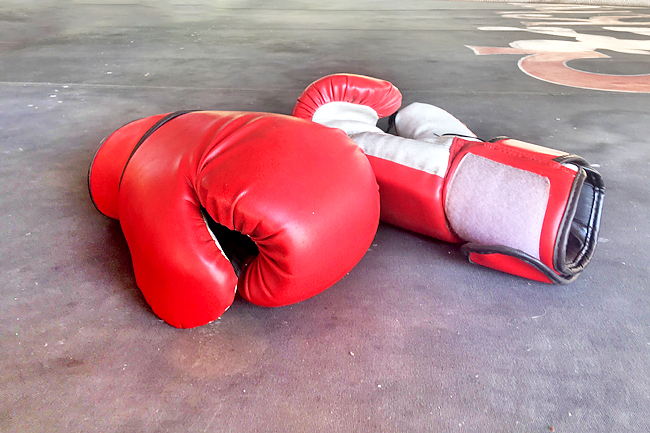 Magsayo knocked down Vargas late in the ninth round, a straight right to the head dropping the Mexican to his knees.

“It wasn’t that effective but it counts,” Vargas said. “He got me there. He got me with that one.

“I had been in control the whole fight, but in the ninth when he got me, I lost a little control.”
After suffering only the fourth knockdown of his career, Vargas had to hold off Magsayo at the end of the ninth and throughout the 10th round.

“It was a straight punch,” said Magsayo, who complained Vargas “did too much running in the ring”.

Magsayo, 27, and Vargas, 31, traded flurries of punches from the opening seconds, with intense toe-to-toe exchanges setting a tone round after round.

The champion tagged Vargas with a hard left hook in the fourth round but the challenger answered with a flurry of left jabs and a hard right in response.

Vargas used his superior reach and jab to set up uppercuts and body shots in the fifth round, but was tagged in the jaw with an inside right by Magsayo.

A clash of heads opened a gash above Vargas’s left eye in the seventh round, but the Mexican was more active than Magsayo with punches, movement and footwork, and the cut was never a factor.

“I’ve had cuts before,” Vargas said. “It was a head butt. Everything was controled in the corner.”