TEPOZTLÁN, MEXICO (AFP) – With restorative rituals and yoga retreats, Mexico has become a magnet for spiritually minded tourists seeking an alternative vacation far from the troubles of the modern world.

While many visitors head straight to the beach, a different type of tourist chooses the village of Tepoztlan, a haven for artists and intellectuals an hour’s drive from the capital.

Some of its residents once came for a short stay and found it hard to leave.

“I love the vibes here,” said Ania Bitiutskaia, a 31-year-old Russian living at the foot of the Tepozteco Mountain, the legendary birthplace of the Aztec feathered serpent deity Quetzalcoatl.

“People are more relaxed, more spiritual,” she added, browsing an organic market where the sound of a folk guitar and drum beats filled the air. “I don’t see much news. I almost live in the mountains,” Bitiutskaia said, adding that she prefers to know as little as possible about the war in Ukraine. 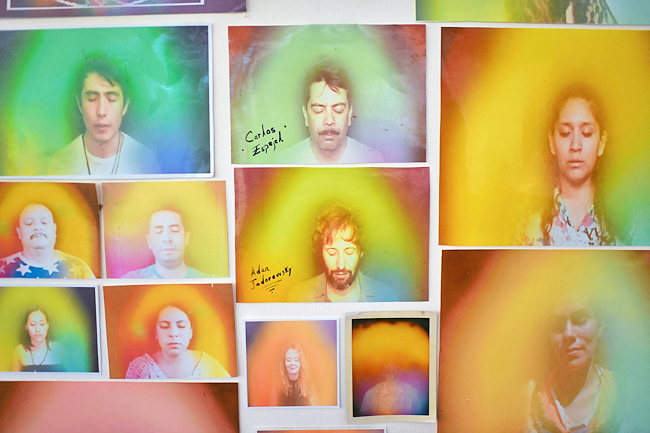 The special vibes come at a price: costing upwards of USD50-60 a night, Tepoztlan’s hotels are more expensive than those in many parts of Mexico, which welcomed nearly 32 million foreign tourists last year.

Visitors can also stay in holistic centres offering yoga and meditation. “Since the pandemic, many people have come to live in Tepoztlan… foreigners as well as people from Mexico City who realised that their energy would be blocked,” said Alizbeth Camacho, of the Luz Azul (Blue Light) holistic centre.

Another major attraction on Mexico’s new age tourism trail is the temazcal, a kind of Mesoamerican sweat lodge that guide Nicolas Lopez said can “awaken our spirit, our soul”.

Near the Mayan pyramids of Palenque in Chiapas, visitors enter Lopez’s heated chamber filled with the aroma of incense and dance to the sound of a tambourine.

Landero said after experiencing the purification ceremony with her husband and teenage daughter.

“It’s about letting it all out, the illnesses, all the bad things, and bringing me pure positivity,” she said.