Men’s health in the spotlight

Once again November is around the corner and Men’s health comes into spotlight with International Men’s Day falling on November 19. The Movember campaign commenced in 2003 with the dual aims of raising funds and awareness of prostate cancer, before incorporating testicular cancer awareness as part of it from 2007.

The campaign encourages men to grow a moustache during the month of November. It quickly became an international campaign and its success led to the formation of the Movember Foundation.

In 2014, the foundation raised EUR71.7 million worldwide and has paved way as an extraordinary public health awareness initiative globally. The primary goal of this campaign was to bring awareness and support men with prostate cancer, testicular cancer, mental health issues and suicide prevention.

WHY MEN’S HEALTH IS IMPORTANT?

Throughout the world women live longer than men. The average longevity for women is 82.2 years and 77.2 years for men, a five-year gap. There are several factors contributing to poor men’s health including lack of awareness of various health issues, reluctance to seek medical help.

Men also do not openly discuss their health issues with others and more often engage in risky activities. Majority of men are just not aware of what they can do to improve their health and live healthier and happier lives. 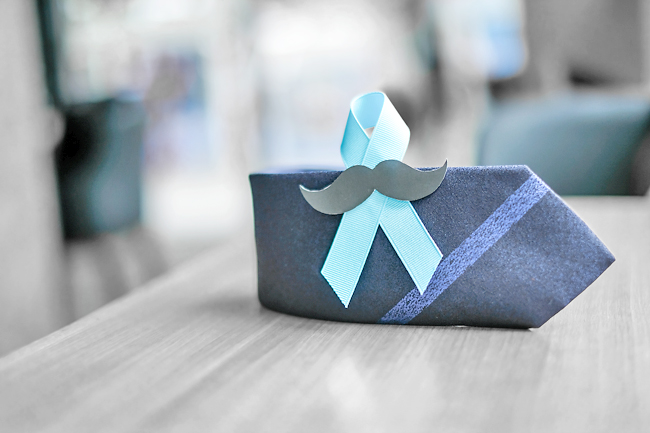 The Brunei Cancer Centre (TBCC) of Pantai Jerudong Specialist Centre is a comprehensive cancer centre with state of the art facilities for holistic management of cancer patients which consists of screening and early cancer detection, advanced nuclear imaging including PET CT, DOTA scans, chemotherapy including immunotherapy and targetted therapy and radiotherapy like EBRT and SBRT.

According to the statistics from the Brunei Darussalam Cancer Registry (BDCR), a total of 682 new cancer cases were diagnosed in the year 2021, of which 278 (41 per cent) were males. It is estimated that one in four males in Brunei will develop cancer in their lifetime.

These worrisome statistics could be attributed to several factors including changing lifestyles, smoking habits, consumption of toxic substances including alcohol and caffeine-containing drinks, lack of physical activity and growing morbid obesity. The most common cancer in male in Brunei is colorectal cancer followed by lung cancer and prostate cancer.

Other male specific cancers are testicular cancer and penile cancer.

Prostate is a gland which is of the size of a walnut situated underneath the urinary bladder and surrounds the urethra. Its main function is to produce semen and to carry sperm.

Prostate cancer is the third most common cancer in Bruneian men followed by colorectal and lung cancer.

Common symptoms of prostate cancer are difficulty in passing urine, unable to empty bladder fully, dribbling of urine after urinating, blood in the urine and difficulty in maintaining erection.

Sometimes prostate cancer does not produce any symptoms until it is quite advanced.

Screening is a methodology applied for early detection of cancer before the onset of signs and symptoms. Routine screening guidelines for prostate cancer is a combination of simple blood test called PSA and clinical examination of the prostate gland (digital rectal examination) based on the risk category of the patients.

Screening is recommended for men over 50 or earlier if there is history of prostate cancer in the family or those harbouring genetic mutations like BRCA. If prostate cancer is suspected, a Transrectal Ultrasound (TRUS) or magnetic resonance imaging (MRI) guided prostatic biopsy is considered to confirm the diagnosis.

STAGING AND TREATMENT OF PROSTATE CANCER

After the diagnosis of prostate cancer further tests like PSMA-PET scan is done to know if the cancer has spread to other parts of the body.

It is similar to most cancer management strategies which involves tri-modality treatment comprising chemotherapy, radiotherapy and surgery.

Prostate cancer management also involves tri-modality approach depending on the stage of the disease. Treatment is highly effective in early-stage cancers compared to advanced stage. Some patients with early stage, low grade prostate cancer can be kept under active surveillance or wait and watch approach.

Unlike prostate cancer, which is a disease of the ageing men, testicular cancer occurs in younger aged individuals between 15-40 years age group.

Patients usually complain of painless swelling, it changes in size or texture of one of the testis. Sometimes it can produce dull aching pain.

Testicular cancers are managed with a tri-modality approach comprising surgery, chemotherapy and radiotherapy based on the stage and risk stratification of the disease.

Men with increased risk of developing testicular cancer should do periodic self-examination of the testis and seek medical help if they find anything abnormal.

Colorectal cancer and lung cancer are the other common cancers seen in the Sultanate, which is directly related to lifestyle related factors such as smoking, high fat diet and obesity. Effective screening with stool occult blood and colonoscopy for colorectal cancer and low dose CT scan screening for lung cancer is available for individuals with the aim of early detection.

With the pandemic causing several changes in the way society work and live, more men globally experience work pressure, stress, and isolation which in due course can lead to mental health issues including depression and suicidal tendency. Most men do not openly discuss their mental health and its whereabouts, and how they feel due to the social stigma which can put their life in danger without medical intervention.

HOW CAN WE PROMOTE MEN’S HEALTH AWARENESS

Let us join hands this November/Movember to reach out and promote health awareness among men. It could be men in our house including fathers, brothers, sons, or our neighbours’ uncle. It is never too late to seek medical help and get yourself tested.

Early cancer detection is the key to successful treatment and cure from cancer. Encourage men to speak out about their mental and physical health with family and friends.

Sometimes listening to others’ problems could make a significant difference. Promoting healthy lifestyle activities like engaging in physical activity, controlling weight, balanced diet and abstinence from smoking can help curb the cancer menace at the abode of peace.