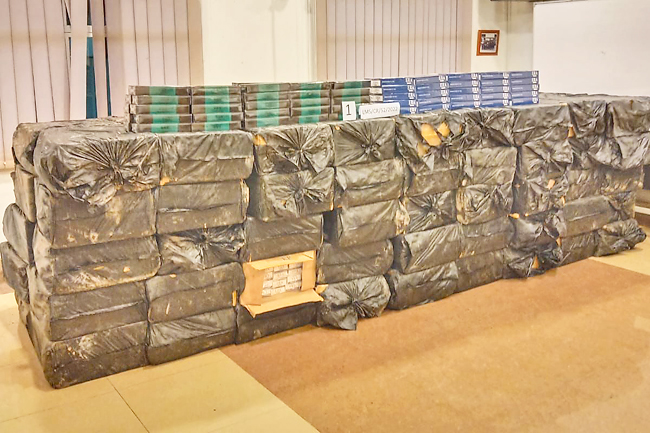 Authorities foiled a smuggling attempt and seized 6,650 cartons of cigarettes during the COVID-19 Task Force Joint Operation, by the Royal Brunei Police Force (RBPF) and the Royal Brunei Armed Forces (RBAF), at Kampong Junjongan on Saturday.

According to the RBPF, a patrol team detected and followed two suspicious vehicles at a junction in Kampong Junjongan.

Upon seeing the enforcement personnel, drivers of both vehicles immediately took off on foot towards the Sultanate’s border.