Here are eight new book releases this month, which include the story of a doctor who works at a memory removal clinic and suspects her boss of wrongdoing, a true crime blogger who experiences paranormal activities while interviewing a former suspected murderer, and an artist whose portraits can alter a person’s body.

TELL ME AN ENDING BY JO HARKIN
Tech company Nepthe offers a highly sought-after life changing service – deleting any unwanted or traumatising memories of its clients. However, some of the former clients have started to recall traces of their old memories.

Four patients must decide whether to regain their memories or remain in the dark about their past, while one of the doctors at Nepenthe grows suspicious of her boss Louise.

THE NEXT THING YOU KNOW BY JESSICA STRAWSER
As an end-of-life doula, Nova provides support and companionship for terminally ill people and help them come to terms with their own passing. Unlike her business partner Kelly who strictly follows a set of procedures for her clients, Nova will work with anyone including those who are far too young or desperate for company.

Nova’s latest client is 36-year-old Mason, an indie singer-songwriter whose condition is worsening by each day and he can no longer play guitar. The two have a rocky start but gradually begin to grow closer despite running out of time. 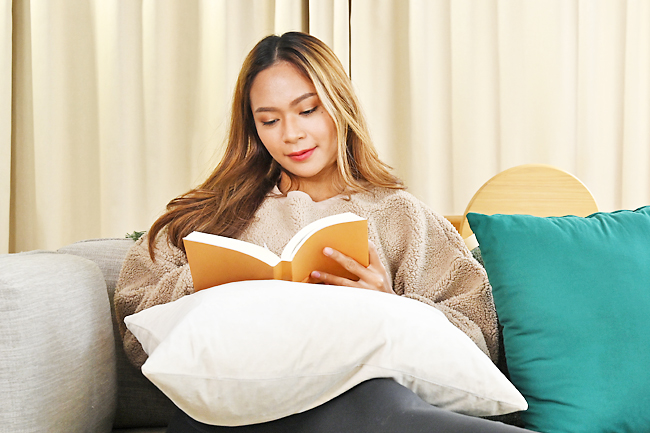 THE GOLDEN COUPLE BY GREER HENDRICKS, SARAH PEKKANEN
As a therapist, Avery is spectacular at helping people overcome their difficulties – even if it means resorting to questionable methods. After losing her professional license, Avery continues to take on clients and solve their problems with her unconventional practices within a mere 10 sessions.

The Bishops, desperate to fix their marriage for the sake of their eight-year-old son, come to Avery for help. The first session has Marissa Bishop confessing about her infidelity but there are far bigger secrets yet to be revealed, putting more than just their marriage at risk.

PEACH BLOSSOM SPRING BY MELISSA FU
Peach Blossom Spring tells the story of three generations of a Chinese family from 1938 to 2005. With the increasing conflict between China and Japan in 1938, young mother Meilin attempts to flee her burning city with her four-year-old Renshu in search of a new home.

As the years pass by, Renshu eventually settles down in America with his daughter Lily who wants to know more about their family history. Renshu is reluctant to open up about the hardship he bore during his childhood but Lily is desperate to learn about her heritage.

THE BOOK OF COLD CASES BY SIMONE ST JAMES
In 1977, two men were murdered in Claire Lake, Oregon. Eccentric heiress Beth was the prime suspect but was eventually released by the police and the case remained unsolved.

Forty years later, true crime blogger Shea crosses path with Beth and asks for an interview to find out what really happened.

Beth agrees to her request, and the two of them begin to meet up at Beth’s mansion. But strange things begin to happen. Objects move when she looks away, and there’s a mysterious girl outside the window.

THE NIGHT SHIFT BY ALEX FINLAY
Four teenagers were attacked on New Year’s Eve, 1999 at a Blockbuster Video store, leaving only one survivor behind. Fifteen years later, a similar case happens in the same neighbourhood, where four teenagers are attacked while working at an ice cream shop and only one person survives.

The story is narrated by three characters: the sole survivor of the Blockbuster massacre, the brother of the suspected murderer, and an FBI agent investigating the case.

A FORGERY OF ROSES BY JESSICA S OLSON
Myra Whitlock is an artist with an extraordinary gift – she can alter a person’s body through her painting. It’s a dangerous gift to possess, and many have who possess this power have gone missing including her mother. As a result, Myra has to keep her power a secret so she can keep taking care of her sick sister.

When the governor’s wife learns about Myra’s power, Myra has to choose between resurrecting her dead son or have her secret exposed. If Myra succeeds, she’ll be rewarded a large sum of money which she can use for her sister’s medical treatment. However, Myra’s magic can only work if she knows what exactly led to the death of the governor’s son, and trying to discover the truth might put her life n danger.

THE CARTOGRAPHERS BY PENG SHEPHERD
Nell Young has dedicated her while life to cartography, the science of making maps. Her father is a prominent figure in the field and Nell never would’ve pursued the profession if it weren’t for him. However, their relationship has been strained ever since they had an argument over a seemingly insignificant gas station map.

When her father is found dead with the same gas station map hidden in his desk, Nell decides to investigate further.

Contrary to its appearance, the map turns out to be highly valuable and rare. It could even be the last copy in the world, because someone has been tracking down and destroying all the other copies, as well as those who try to intervene.