Managing money starts with your emotions

AP – Money can trigger strong emotional reactions, which can lead to not-so-great decisions, like missing payments or overspending. A new wave of books urges people to explore their emotional connections to money to make better financial decisions.

“Eighty-five or 90 per cent of our money decisions are based on our emotions,” said a financial therapist in Boulder, Colorado, and author of The Art of Money Workbook Bari Tessler, out this month. “We need to be understanding of what our money emotions are so we can not just feel overwhelmed or try to run away.”

Tessler had that experience several years ago, when she felt herself hyperventilating while at a car dealership with her husband. She excused herself to the restroom, where she questioned why she was feeling so anxious. Tessler realised that she strongly dislikes making quick decisions about money. So she and her husband took more time to discuss the purchase.

As a result, she said, “We made the best decision we could.”

CONSIDER YOUR OWN MONEY STORY

When Los Angeles-based author and producer Rebecca Walker started soliciting stories for her essay collection Women Talk Money: Breaking the Taboo, she discovered that many people felt shame for having money, guilt over having more than their parents, and regret over earlier financial decisions. 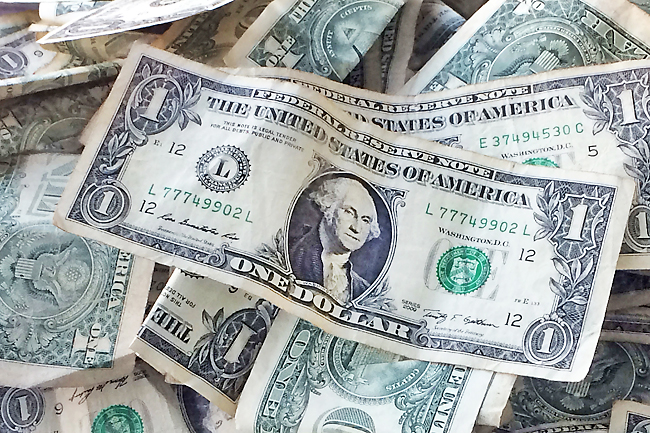 “So many women in my life were holding painful stories about money – confusing, troubling experiences with money,” she said.

“So many of us were trying to work all this out on our own, and that was keeping us from getting support.”

Walker encourages readers to explore their own money stories – those experiences, often in childhood, that influenced how they think about money.

“I want them to find at least one story that they’re holding onto about money, one memory or fundamental idea that has been shaping their lives about abundance or scarcity, and go from there. How do you want to change that story now?”

Changing that story could result in concrete shifts in spending. For example, if you grew up watching your parents overspend without saving, then you might have to teach yourself how to save with a tool like the 50/30/20 budget.

It suggests putting 50 per cent of your take-home income to needs, 30 per cent to wants and 20 per cent to debt payments and savings.

REFLECT ON RECENT MONEY EXPERIENCES, TOO

In her book, Tessler encourages readers to think about their last three money interactions. “When you were checking out at the grocery store or exchanging money for goods or services in some other way, what emotions popped up?” she asked.

“Maybe it’s reminding you of a past money mistake you made. Let’s bring some awareness and understanding to it,” she said.

Giving yourself a body check-in, as Tessler did at the car dealership, is something Tessler encourages, especially when talking about money with a partner or making big purchases. Focus on physical sensations, including your breathing, and observe feelings or memories that are surfacing.

If you notice you’re feeling tense, for example, then you can take a break or go outside before continuing. “Money emotions don’t go away completely, but we can reduce them in size and intensity,” she said.

FIND YOUR OWN CALMING TECHNIQUES

In her book, Finance for the People, Los Angeles-based financial educator and musician Paco de Leon suggests creating a list of strategies that help you calm down and using them before making a big financial decision, like buying a house. She lists ideas like going for a walk, reading a book and playing an instrument.

“We make decisions based on emotion and rationalise them after,” she said. “But if we could deal with our emotions first, then you can go, ‘I’ve felt my feelings, now I can be rational.’”

De Leon took this approach when deciding whether to take on significant student loans. After setting the stress aside, she made a spreadsheet to crunch the numbers and decided law school wasn’t for her.

She suggested changing the story we tell ourselves about debt by writing a letter to it, an idea she took from DearDebt.com. “Express your feelings; you’ll see that they are complex.

Consider thanking your debt for what it’s allowed you to do,” she wrote.

Once you process those feelings, it’s easier to tackle the debt itself. You might decide to apply the debt snowball method, where you pay off the smallest debts first.

FORGIVE YOURSELF FOR PAST MISTAKES

Self-compassion is a powerful tool, said an Athens, Georgia-based financial counsellor and founder of Modom Solutions Michael G Thomas Jr, a financial coaching platform. “We are more likely to extend grace and courtesy to other people when they make a mistake,” he said. Forgiving ourselves for past mistakes can help us move forward.

In her book, Walker wrote about forgiving herself for earlier choices to splurge on purchases instead of learning how to invest. “I let go of the idea that I did this terrible thing and extended compassion to myself, which was liberating,” she said. “It allowed me to move forward in a healthier way.”