The Magistrate’s Court yesterday deferred handing sentence to consider a fitting punishment for a 27-year-old local after he pleaded guilty to stealing money from his landlord’s bank account through an online bank’s mobile application.

Muhammad Syukri bin Abdullah Sia @ Sia Chin Chin had stolen BND10,649 by transferring the amounts in four transactions on August 8 and 9 to a bank account.

Prosecutor Nur Zahidah Farhanah binti Abdul Aziz unearthed that the defendant was able to do so on the afternoon of July 27.

The defendant who lives with his landlord at a house in RPN Kampong Lambak Kanan, had helped the victim to fix his phone as it was processing slow.

The victim handed his phone to the defendant and left to buy food. The defendant in the meantime went through the victim’s phone and came across the victim’s bank account details and noted them down. He went back to helping fix the phone and returned it to the victim when he arrived home.

Later in the day, the defendant gained access into the bank account through his phone and learnt that the victim had over BND10,000 in savings. It was not until August 8 when the defendant started becoming desperate to pay off his debts and decided to steal from his landlord to gamble. 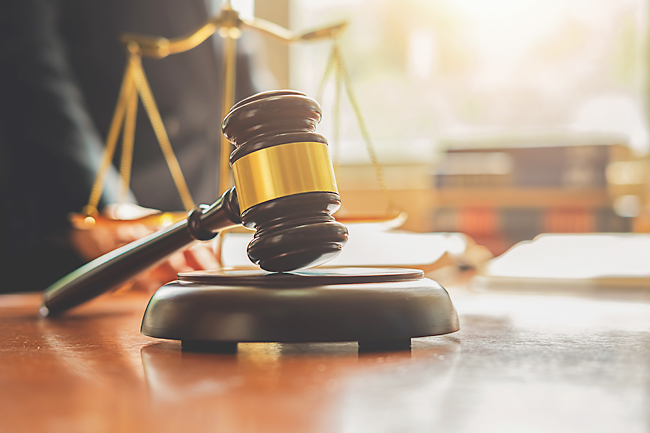 He transferred BND5,000 from the victim’s account and paid it into an online gambling agent’s account within the same bank.

At about 4pm, the defendant repeated it, this time making away with BND4,000 and again paid it to the agent’s account.

An hour later, the defendant did the same thing again, involving BND1,500 this time.

The defendant repeated it for the last time on August 9 by transferring BND149 into the agent’s account.

The victim consulted the bank on August 12 when he found that he had about BND50 left in his account, while he remembered he had over BND10,000 from his last withdrawal.

The bank staff assisted the victim and told him of the transactions, which he dismissed.

A police report was lodged leading to the defendant’s arrest.

The defendant claimed to pay his debts and the amount he stole from the victim from his winnings.

Police investigations further confirmed that the defendant did not win any of the games he played.

The prosecution reiterated that the victim only received pension payment and was left with the minute remainder in his account with no other funds.

Magistrate Syaffina Shahif will be handing down sentence on December 21.

The eight charges levelled against the defendant, which he had pleaded guilty to, are thefts and under the Computer Misuse Acts.