CNA – The Malaysian Anti-Corruption Commission (MACC) has started a probe to investigate an alleged deal that saw the management ownership of the iconic KL Tower transferred from telecommunications company Telekom Malaysia to a lesser-known firm.

The alleged deal was said to have happened before the 15th General Election (GE15) on November 19.

MACC’s Chief Commissioner Azam Baki was quoted as saying by The Malaysian Insight that his agency has opened the investigation papers on the sale of the KL Tower management ownership.

Azam, however, declined to reveal more information about the investigation, The Malaysian Insight reported yesterday.

Allegations of Telekom Malaysia selling off its shares in Menara Kuala Lumpur – a subsidiary which manages the KL Tower – to a company called Hydroshoppe came to the fore in a series of tweets by a user that goes by the handle @FreeMsian.

In the Twitter thread, the user alleged that Hydroshoppe was a firm with low paid-up capital, and yet was able to be involved in a deal that was worth millions of dollars. 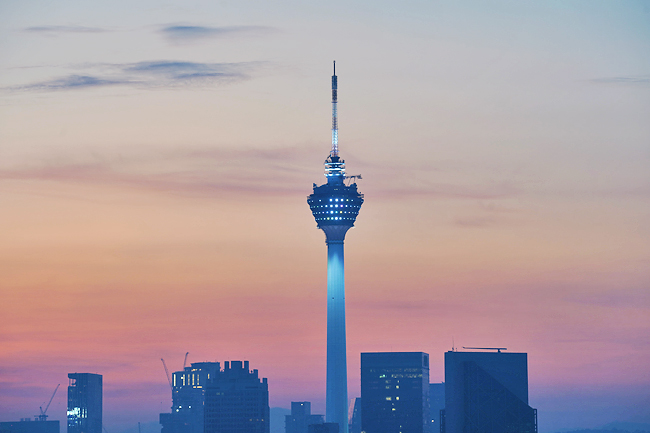 According to checks by local media, Hydroshoppe is a firm based in Shah Alam, Selangor with a total issued share capital of MYR1 million.

The Twitter user further added that KL Tower was generating some MYR66 million a year in revenue before the COVID-19 pandemic, with a net profit of MYR25 million, the New Straits Times reported.

The KL Tower belongs to the Malaysian government and serves as the broadcasting station for Radio and Television Malaysia (RTM) and FM-radio broadcasting, among others.

On Tuesday, Communications and Digital Minister Fahmi Fadzil said that he takes the issue of KL Tower’s management transfer seriously after the allegations about the deal were surfaced to him.

In a statement, Fahmi said that his ministry will monitor the issue and will give its full cooperation with the authorities should there be any investigations.

“I was given a detailed briefing on the concession of KL Tower’s management by the Communications and Digital Ministry on December 14,” he said, adding that he will next be briefed on the issue by Telekom Malaysia on January 3 next year.

Separately, former communications and multimedia minister Annuar Musa denied that he had anything to do with the transfer of shares from Menara Kuala Lumpur to Hydroshoppe.

Annuar was quoted as saying by the New Straits Times that Telekom Malaysia is a publicly listed company and was not under the purview of his then-ministry.