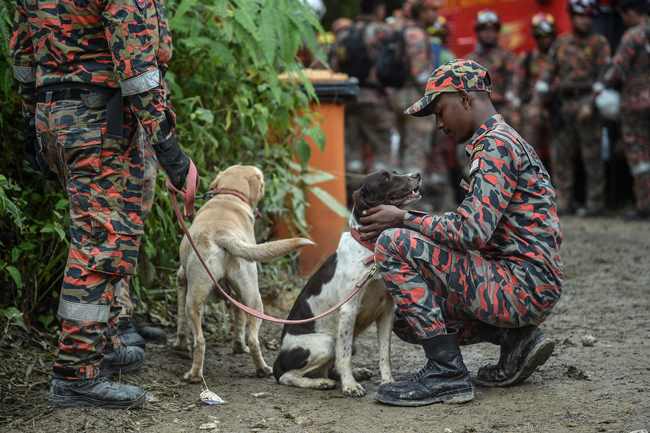 Kuala Lumpur (AFP) – The death toll from a landslide at an unauthorised campsite in Malaysia rose to 26 after search and rescue teams on Wednesday found the body of a man hugging his dog, officials said.

Seven people are still missing after a predawn landslide last Friday hit the site located at an organic farm near the town of Batang Kali in Selangor state, just north of the capital Kuala Lumpur.

About 680 personnel from various agencies led by the fire and rescue department and the police are involved in the rescue operations.