To see a sold out hip hop show at the Jerudong Park Amphitheatre is one of the things that motivates rising local rapper Asmai Zulhilmi, better known for his stage name Asmai.

After receiving his first award during the 8th Pelangi Awards 2022 in the Duo/Group Vocal Choice category for his song IFWYV – featuring local talents WAZ, Swanz and Aziz Harun – Asmai is now more motivated to collaborate with others and push more music out there.

Much like those before him in the hip hop scene, Asmai started outmaking music as a hobby with a group of friends and holding rap battles behind his school building.

The 21-year-old recalled the rise of the Soundcloud era with the likes of Lambak Lords, Swanz and many others, and the time when he never had any serious intentions of pursuing music.

The year was 2018 and the rapper had experienced what he described as a typical heartbreak story after high school. Contacting a friend of his, Faris, he was introduced to sound engineer Adin, who helped put together his first single She Wonders Why, released on the same year.

“I didn’t expect the song to get 10,000 plays overnight, and I felt lucky that people liked it,” said Asmai. This led to him releasing his second single Tell Me Why, which marked the start of his journey in making an album. 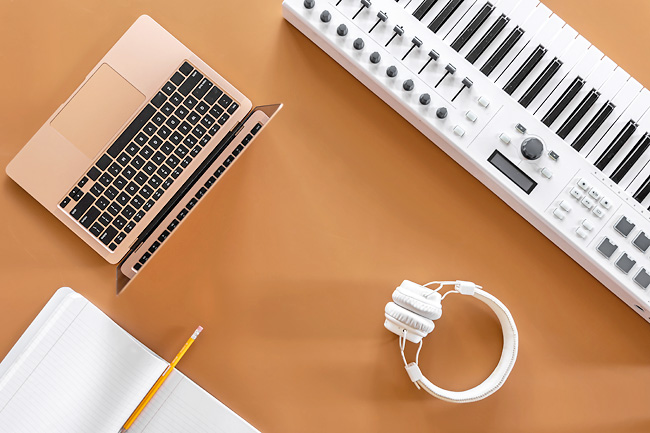 Asmai released his first album in 2020, three years after he brought lo-fi/rap and hip hop sound to life.

“Starting off as a solo act, it felt really lonely at first, even when I was called to perform at the Next Up Festival that Zed Peace hosted in 2020,” the rapper recalled, admitting that he had initially felt like he did not belong.

“I only knew people by their names and not on a personal level,” he added.

Fast-forward to when he began working on his album titled Confessions, a friendship sparked between him and Swanz after collaborating on IFWYV that consecutively led to Asmai and Swanz forming Beats and Caffeine along with local talents – Mancientry, Mizal, Nuuzol, Riff, Qawi Kamri and Troqy.

“It’s not really a music label, but more a music collective with a group of friends who share the same hobby in making visuals and music. That’s when I started feeling comfortable in the local music scene and I felt like I had a sort of ‘gang’,” said Asmai jokingly.

“There’s no other rapper that I studied from the beginning till now except for Eminem in terms of writing as he has made me not just write whatever as long as it sounds good,” Asmai said, remembering a time when he only focussed on writing word play, metaphors and the like.

In terms of sound, Asmai said XXXTentacion is his motivation as he dives into different genres, highlighting that XXXTentacion’s take on the effects of different sound frequencies on individuals has made Asmai see music in a different light.

“My genre of music changes from lo–fi, rap, indie, jazz and RnB, and I can’t stick to one sound,” he said, noting how he’s still learning and figuring out what he is trying to do with his sound and life.

Five years since the beginning, Asmai also recounted looking up to Zed Peace and wanting to be like the well-known rapper, and remembering the first time Zed had texted him for a collaboration and the ecstatic feeling that rushed through him.

“Lyrically, I really look up to Zed Peace, Azizi and Vandal.isma as they made me want to compete with them,” said Asmai.

As Brunei’s hip hop music hasn’t reached international levels, even in Southeast Asia, Asmai said that aspect has motivated him to become a sort of bridge for people and to show them that it is possible with getting signed by a major record label.

Asmai believes that Brunei has plenty of underrated musicians.

Following one million views for one of the latest songs, Forceparkbois – Lotus Brunei Remix, with those in Beats and Caffeine, has become one of the main factors in keeping Asmai going in making music.

“There’s a thought in my head that if I give up now, I might think in the future about the ‘what ifs’ for myself. If I stop here now, something might happen, and I will feel like it’s a waste of talent if I don’t put it to good use,” said Asmai.

The artiste shared that he has set a seven-year rule for himself. “If I’m investing more than what I am getting in return in the next seven years, then I’ll just treat music as a hobby. Right now, I’m just going with the flow in terms of music.”

Although Asmai finds it difficult to take music seriously as a main source of income at times, he still hopes for that possibility and the acceptance of hip hop in the masses.

Much like in Malaysia, he hopes to see entertainment licences being available in Brunei in the future so that shows other than Pelangi Awards can be held.

“I do hope to host a gig one day for those who want to showcase their music and create that platform here,” said Asmai.

When asked whether he wishes to pursue a music career overseas, Asmai said that he has thought about it, but at the end of the day, that thought feels selfish, as he would have to leave his family to chase his dream.

“Right now, I just want to get my degree and make music at the same time. But if the opportunity comes one day, I will take it.”

He added that his current focus is to take things slow, but to also have big plans as he feels it is a waste of time and effort to make good music without proper marketing.

Asmai hopes that when hip hop becomes widely accepted in Brunei, people won’t take it for granted and be recognised by the Southeast Asian hip hop scene, as he feels that Brunei has been excluded for the longest time.