Md Fauzi bin Nayan was all smiles as he walked away with the grand prize – a Hyundai Creta worth over BND32,000 – during the Borneo Bulletin and Media Permata FIFA World Cup Qatar 2022 Guess the Semi-Finalist Contest prize giving ceremony at the Setia Motors Sdn Bhd Hyundai showroom in Beribi yesterday.

Mohd Najmuddin said over 23,000 entries from readers of both Borneo Bulletin and Media Permata were received, which accounts for five per cent of the Brunei population joining in the contest.

“As we know, Croatia and Morocco’s advances to the semi-final surprised a lot of football fans around the world. That unexpected turn of events saw only 23 or 0.1 per cent of entries from the total submissions with the correct semi-finalists,” said Mohd Najmuddin. 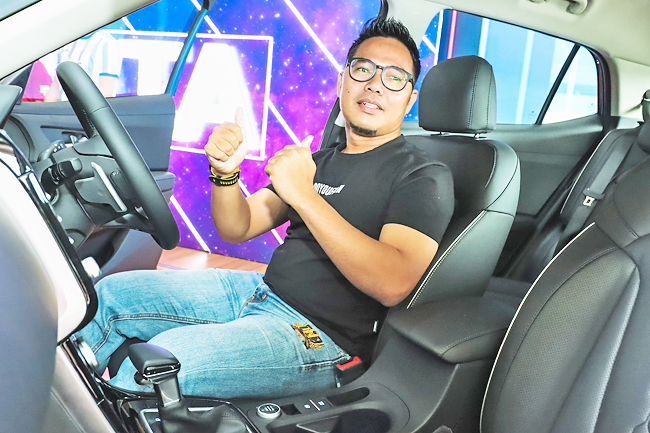 Eight winning entries were selected by representatives of the event organiser, Brunei Press along with Setia Motors (Hyundai) and Baiduri Bank as prize sponsors.

Top winners each drew a key, and Md Fauzi was the lucky individual whose key was able to start the engine of the car.

An education officer at the Pengiran Anak Puteri Hajah Masna Secondary School, Md Fauzi said his win was unexpected, and with a total of eight entry submissions, only one had Croatia, Morocco, Argentina and France as the semi-finalists.

“This will be my second Hyundai car after my Hyundai Grand i10, which I also bought from Setia Motors. I’m looking forward to bringing my family members out in this car because it is spacious,” he said.

He added that he had his eyes set on an SUV and is happy with the elegant Hyundai Creta.