One of those activities also includes the annual tradition of the Pentarama showcase.

The Pentarama has been held as part of the royal birthday celebrations since 1988 and it is held nationwide.

Pentarama (short for stage, dance and drama) is the brainchild of the Information Department, Prime Minister’s Office to showcase local talents.

It’s purpose is not solely for entertainment, but also to educate and share information, messages of patriotism, civic awareness, religion, education and current affairs to the public.

This year’s stage features Malam Aneka Ragam performed by Putra Seni group encouraging the public to adhere to the standard operating procedures (SOPs) set by the Ministry of Health as the nation has entered the Endemic Phase.

One of the stage performances was a satirical comedy skit by BruHaha Comedy Act Group members Najib and Loh titled Norma Baharu (New Normal) on the many levels of instances on the issues in the COVID-19 era. 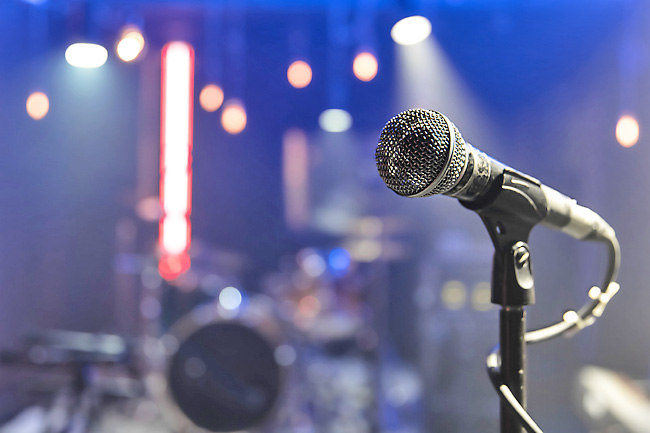 Najib, or Najib Jafri, in an interview with the Bulletin, said the skit aimed to encourage the people to adapt to the new norm relating to close contacts, its regulations, the do’s and don’t’s and face mask requirements.

“We also touched on the regulations for travel, like the requirements for vaccination and travel insurance,” said Najib.

On including lessons in his comedy skits, Najib said, “We often create epic moments when we tell our jokes and people tend to remember that easily, so if we include lessons in it, the public will be able to relate to the jokes and digest the information that we want to deliver and in turn will make them share the jokes with others, making it go viral so to say.”

Asked how far he plans to take his comedy sketches, Najib said comedy is not a job that he has to do.

“It is something that brings joy to me and when I create those epic moments in my comedies, it becomes memories and people will be able to recall it in the future,” he said.

“I would love to create as much epic moments as possible for the audience,” he added.

“We want to be able to open the minds of the locals to stand-up comedy, and by putting valuable lessons in our comedy, people can see that this can also be a way to educate and disseminate information quickly,” said Najib.

He shared that he wishes to bring Brunei comedy to the International stage by first targetting the ASEAN member countries and show them the capabilities of local comedians.

On how Pentarama has benefitted him and his fellow performers, Najib said, “The stage has opened my eyes on how the government, through the Information Department, has helped in promoting the entertainment industry and to expose our talents. It is being held nationwide and all that is left is for performers to step up and join the stage.”

He concluded the interview by saying that he is grateful to the government for giving performers the opportunity to show their talents and to give back to the community by infusing knowledge sharing in their skits.

Meanwhile, Loh said by including topics on SOPs in their skit, it will help people to be more aware and adhere to the regulations.

During the interview with the Bulletin, Loh shared that he hoped to bring his comedy to an even bigger audience in a more challenging arena such as Malaysia’s Maharaja Lawak.

“I am grateful to the government for giving us the opportunity to showcase our talents and it serves as a way for us to improve our performances, preparing us for an even broader prospect,” Loh said.

Meanwhile, performer Fatin Muzini shared that the Pentarama is a platform that is available for local artistes to showcase their talent.

She shared that she joined the stage last year and was pleased with the public’s reaction to the performance by the local artistes.

“I was surprised by how the public is very supportive and would cheer upon hearing their favourite local artistes,” she said.

Sharing her plans, she said, “I have an album that I really want to complete but I am taking my time with it as there are still things that I want to tick off my bucket list. I want to produce songs in different genres and make another music video featuring a contemporary dance track.”

Asked if she had plans to make this as her primary career, she answered, “I have always seen singing as a hobby and a stress reliever. People say do what you love, but there will be a point where it will start to feel like work and I am afraid that I will stop loving it. So for the time being, I will just let it be a passion project.”

The Pentarama was held on July 16 opposite of the Royal Regalia Museum building.

It also featured other singers including Pengiran Shahminan, Yaniey, Dayat, Fadhil and Krunn, and performers in the drama sketch performed by Putra Seni, as well as a ‘Syair’ brought by Jazmeen.