Mohamad Azwandy bin Akob got 10 months’ jail with two canings and a fine of BND1,000 for charges of auto theft, mischief by causing damages to the stolen vehicle and for switching number plates of the stolen car.

The defendant would have to serve an additional month’s jail in default of payment of the fine.

Prosecutor Sabrina binti Haji Mahmud’s facts of the case stated that investigations by personnel from the Limau Manis Police Station unearthed that the duo committed the offence, along with a third person, during the early hours of August 9, when they went to Kampong Junjongan Industrial Park.

There they noticed a parked car and pried open the window panel using a chisel to unlock the car.

They then started the engine using a key they brought with them. 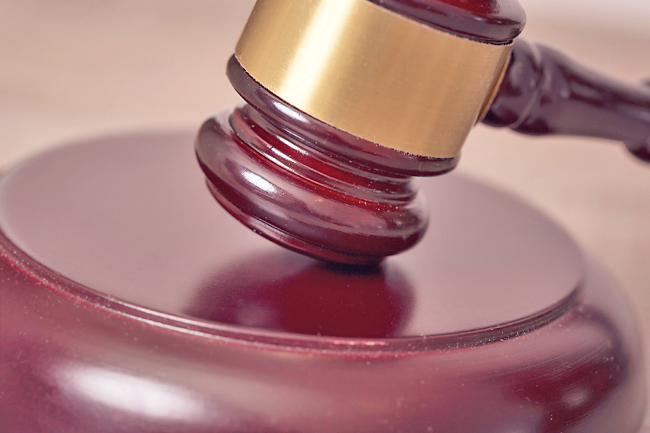 One of them drove the stolen car while another got into the car that they drove to the scene.

Mohammad Ismahadi drove the stolen car and left it at Jalan Agau, not far from his house.

Later Mohamad Azwandy was worried the theft would be discovered and hid the stolen car under a bridge nearby.

At around 4pm the same day, Mohamad Azwandy came back for the car and drove it to Datu Ahmad Islamic Cemetery, Jalan Buang Tengkurok, Mukim Lumapas to have it spray painted.

As the paint dried up by 7pm, he drove it to his friend’s house in Kuala Lurah, Jalan Limau Manis.

The following morning, Mohamad Azwandy drove the car towards an empty road at Jalan Parit-Masin, and again spray painted the roof.

That evening, Mohamad Azwandy swapped the car tyres and its rims with another person and fitted the other set onto the stolen car.

On August 11, Mohamad Azwandy and a friend went to a recycling company in Kampong Mulaut and sold a tyre and rims from inside the car.

They then went to Mohammad Ismahadi’s workplace in Kampong Masin to hand the car over to him.

This was when police who had received a tip-off, stormed the place and arrested the duo.

During investigations, Mohamad Azwandy admitted that he also changed the road tax, original front and rear license plates to avoid being detected as a stolen vehicle.

The prosecution also informed the court that the duo are not new to crime as Mohammad Ismahadi was released from prison earlier this year.

The duo pleaded for the court’s leniency and stated that they were influenced by a bad circle of friends resulting in them committing the offence.

In sentencing, the Magistrate stated that both defendants are considered grown and mature adults who should be aware of the consequences of their actions as they are also not first offenders, and viewed that being influenced by friends is an unacceptable excuse.

The court also found the duo to be unremorseful and their disrespect to others’ property, calling for a deterrent sentence.