Lightning hit the Eiffel Tower, without causing damage, and set roofs on fire east of Paris. Residents of southwest France posted photos of hail the size of tennis balls, and drivers in the Paris shared images of flooded highways and daytime skies blackened by thunder clouds.

Thousands of households remained without electricity yesterday after storms struck across France on Saturday, according to utility Enedis. Flights out of Paris’ Orly Airport were temporarily suspended on Saturday, and there were delays at Charles de Gaulle Airport.

A woman swept away by flooding was found dead under a car in the historic Normandy city of Rouen, Interior Minister Gerald Darmanin tweeted. The circumstances of the death were unclear.

In the Loire Valley, thousands of youth taking part in a scout gathering had to take refuge in the Chateau of Chambord as hail, thunder and lightning pounded the area. The chateau director told public broadcaster France-Info some children were treated for signs of hypothermia but no serious injuries were reported. 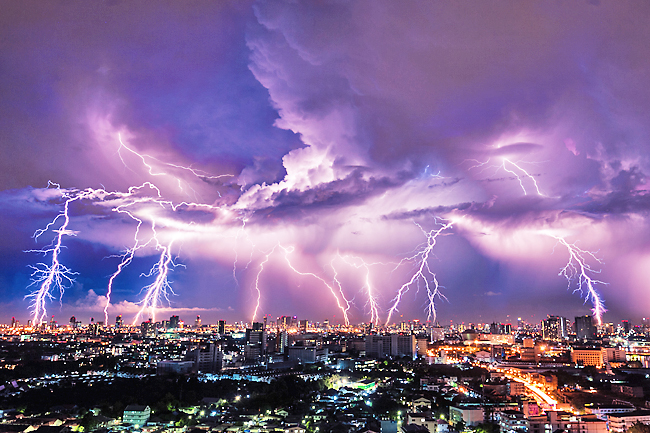