RAFAH, PALESTINIAN TERRITORIES (AFP) – Younis al-Shaer left Gaza dreaming of a better life in Europe, only to return to the Palestinian enclave in a coffin.

The 21-year-old was one of scores of Palestinians risking the perilous journey across the Mediterranean.

He drowned alongside seven other Gazans, whose bodies were returned home in December, adding to a toll of nearly 2,000 people recorded as dead or missing last year in the Mediterranean by the United Nations refugee agency (UNHCR).

His mother, Samira al-Shaer told AFP at the family home in Rafah, southern Gaza, his death hit her like an “earthquake”.

She said, “I knew the dangers of emigrating, but at some point I gave up because of his insistence on leaving. Every day I waited for news of his death.”

Kissing a photo of her late son, she said it was a “lack of work and the poverty that pushed Younis to leave”.

According to figures from the Palestinian Central Bureau of Statistics as many as two-thirds of the Gaza Strip’s 2.3 million residents live in poverty. 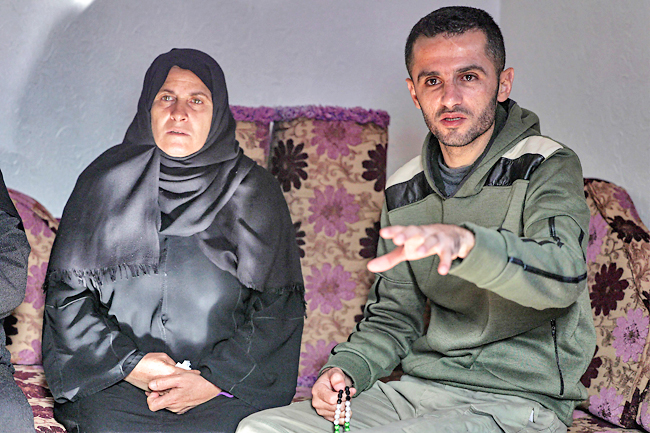 Shaer studied accountancy for two years before deciding to leave the Palestinian enclave, along with a group of relatives.

Gaza has been under an Israeli blockade since Hamas took power in 2007, meaning residents cannot leave by air or sea.

Shaer took the land crossing to Egypt last February before travelling onwards to Libya which is a hub for unauthorised Mediterranean crossings.

He ultimately hoped to reach Belgium and along the arduous route would call his mother.

She said, adding that other relatives had previously made the journey successfully, “He said to me. ‘Don’t worry, God willing, we will arrive’”.

Yet the plan soon began to unravel, his brother Mohammed al-Shaer told AFP.

Upon reaching Libya, the group had their money and belongings stolen.

His brother, 34, said, they had to sleep in places “unfit even for animals”.

The group were detained by one of Libya’s many people trafficking gangs, which often kidnap migrants for ransom.

His brother said the gang forced his family to pay LYD1,500.

Shaer said the group initially paid to cross the Mediterranean but were tricked and there was “no boat, no shelter and no food”.

They eventually boarded a rubber dinghy in October, but it encountered trouble and the boat never reached the Italian shore.

Younis al-Shaer’s body and those of seven other Gazans were later recovered from the Tunisian coast, west of Libya.

From Gaza, migrants now tread a dangerous path through Egypt and Libya before trying their luck at sea, along with fellow migrants fleeing poverty and violence in North Africa, Syria, sub-Saharan Africa and even further afield.

UNHCR data show, the number of people reaching Europe by the Mediterranean Sea has been on the rise over the past three years, reaching more than 146,000 in 2022.

For Samir Zaqout, deputy director of the Al-Mezan Center for Human Rights, a Gaza-based NGO, “unemployment, poverty and frustration are the most important drivers of youth migration from Gaza”.

There are no official statistics on the number of people who have fled in recent years from the territory ruled by Hamas, which has been designated a “terrorist” entity by the United States, the European Union and Israel.

According to Masarat, a research institute based in Gaza, around 36,000 people have left the Strip in the past five years attempting to emigrate.

The journey can cost vast sums. Shaer estimated his brother’s trip cost around LYD9,000 of which two-thirds went to smugglers.

The family went 20 days without hearing from him, before his brother contacted the smugglers on Facebook.

He said, “They told me that everything was fine… but they lied to me”.

A desperate Shaer then reached out to some Tunisian activists and partnered with them in trying to find Younis and the other Gazans.

“They found his passport wrapped in nylon among corpses washed up by the sea on the coast,” sighed Shaer.

His family said, Younis’ dreams cost him his life.

“Younis only wanted to ensure his future. He dreamed of being himself, of owning a house and a motorbike, and of opening a business from which he could live,” said Shaer.