At the inauguration of the Legal Year 2022, Brunei Darussalam Supreme Court Chief Justice Dato Seri Paduka Steven Chong commended the legal fraternity’s swift adaptation in embracing technology as a means to work their way around the pandemic, which has imposed restrictions to every field globally.

Delivering his customary speech at the event, Chief Justice Dato Seri Paduka Chong said that the challenges posed by the second and third COVID-19 waves required for the adaptation and re-examination of how justice had been administered and delivered.

The chief justice attributed technology for aiding the judiciary to keep courts and tribunals running at all levels by moving the proceedings online.

He also referenced statistics from the past year, which reflect the justice system’s best efforts in keeping the operations running despite pandemic challenges.

Dato Seri Paduka Steven Chong added that 66 per cent of judgements at all levels of court were delivered within one to three months. 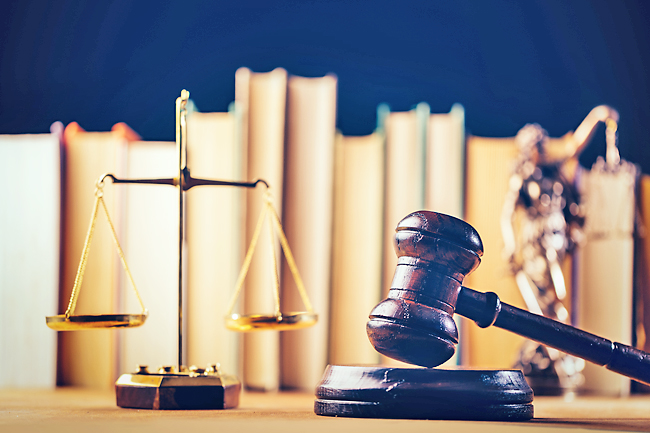 On the advancement of mediation, the chief justice highlighted the introduction of Practice Direction No 1 of 2021 on the use of alternative dispute resolution for matters involving family law disputes.

The Practice Direction, which took effect in December 2021, requires that as part of the divorce proceeding, a couple with at least one child below 18 years old must undergo mandatory court annexed mediation, which he expressed hopes “will better assist families in reducing the emotional burden, time and cost of resolving their disputes”.

Since January this year, an Intermediate Court judge and one senior magistrate have been stationed full-time at the Tutong District Court, to provide access to justice across the country, to offer court users and the community in Tutong District access to judicial services, and to ensure cases can also be dealt with more expeditiously.

The Chief Justice also highlighted criminal and civil cases presided over the Court of Appeal in Brunei and by the High Court judge in Australia via video conferencing, where relevant parties attended remotely from Brunei as well as various parts of the world, such as Canada, India, Malaysia, Singapore and the United Kingdom.

The judiciary’s commitment, he said, is to ensure that “technology enables safe and effective access to justice”, and to capitalise on the “greater use of technology to administer justice efficiently”.

He added that the court rooms and registry counters in the High Court and in all district courts have been remodelled by installing plexi-glass shields in order to ensure the health and safety of those attending court, as part of the judicial response to COVID-19 as set out by the chief justice.

Legislation amendments were also made in May 2021 to allow for the conduct of hearings online in the Supreme Courts, Intermediate and Subordinate Courts, with the first criminal appeal via Zoom being heard remotely from England and Singapore.

With the further impact of the second wave of COVID-19’s restrictive measures, the judiciary re-implemented their business continuity plans and took to online as much as possible to hear matters.

Reflecting on statistics, the chief justice was especially satisfied with Official Receiver’s Chambers having declared dividends and payment composition in 443 cases totalling to BND19,918,901.46, with a total of 146 rescission orders granted throughout 2021, in spite of the challenges posed by the pandemic.

“In the international sphere, we have continued to engage actively and advanced judicial cooperation with our counterparts overseas,” Dato Seri Paduka Steven Chong added.

Amongst others, the judicial cooperation was demonstrated in their collaboration last February with the British High Commission in Brunei Darussalam when they organising a virtual seminar series delivered by the UK Slynn Foundation.

The seminar also saw the Brunei judiciary’s counterparts delivering seminars on judgement writing, the legal profession and the Sentencing Council of England.

The judiciary outreach has also been broadened by making the permanent presence of an Intermediate Court Judge and a Senior Magistrate to preside over cases in the Tutong District Court so as to ensure access to justice spans across the country.

In addition, the Chief Justice announced the Pupillage Framework being in its final stages of drafting.

“Pupillage is the gateway to the legal profession and we must ensure the professional competence of our aspiring lawyers,” he said.

The Chief Justice called upon the State Judiciary Department and the courts to collaborate with interested developers to provide a system that transcribes speech into text in real time for use in court in the continuous leverage on technology in improving the administration of justice and deliver an effective and efficient justice system.

He also revisited his encouragement from the Legal Year 2021 opening for the Attorney General’s Chambers (AGC) and the Law Society of Brunei Darussalam to consider working together to prepare a Code of Practice for the conduct of criminal proceedings by the prosecution and the defence to ensure due process and fair outcomes.

The chief justice commended the pro bono work done in the past year undertaken by the Law Society and the society’s commitment to ensuring that justice remains accessible to all.

“The AGC has embarked on various initiatives designed to develop and bring out the best of its work force,” he began.

According to the Attorney General, 15 AGC officers have been promoted to senior positions across a variety of roles marking a significant milestone in career development and succession planning within the AGC.

He assured that the AGC will continue to prioritise career development with a competency framework which is now in place and is one of two strategic focus areas in their three-year strategic plan, with the other focussed on adoption of legal technology. He also hoped for it to be a source of motivation and positivity for officers of his Chambers.

As it stands proof that technology is the way forward, the attorney general emphasised that his Chamber’s adoption of technology primarily involves the Electronic Document and Case Management System (EDMS) and the Legislative Electronic Drafting and Online (LEDO) System.

He said that the EDMS will digitise the current manual processes of all AGC divisions and implement paperless workflow management that allows transparency and accessibility.

“(With) talks between AGC and the vendor… the LEDO will allow legislative drafting, revision of laws and publication processes to be in one single system,” he added.

The attorney general also spoke on other developments in its collaboration efforts with other ministries and departments such as introducing major amendments to the Constitution of Brunei Darussalam, the Succession and Regency Proclamation, 1959; the Old Age and Disability Pensions Act and its regulations and the Minor Offences Act as well as introducing new laws such as the International Finance Corporations Order, 2021 and the Animal (Diseases and Quarantine) Order, 2021.

He said an amendment made to the Penal Code (Amendment) Order, 2021 strengthening the laws against cases affecting key services is notably in the public interest in light of the increasing numbers of cable theft offences in previous years.

The AGC is also working with the Prime Minister’s Office in developing a draft legislation database (DLD), which is a platform to share updates of the status of drafts legislations with the instructing ministries and government departments, hoping that it will assist in making necessary planning.

The AGC provides training to law enforcement agencies in areas of legal matters ranging from enforcement powers within the country’s waters and powers of investigations to investigation process and court procedures.

“Discussions are underway between the judiciary, AGC and the Law Society to develop pupillage framework to improve the standard and quality of pupillage training,” the attorney general concluded.

He said the Legal Profession Rules, expected to be in effect this year, offer a safeguard for both client and practitioner that as all practitioners in a law firm are requried to have an insurance policy in place and in turn strengthens the trust between the public and the practitioners.

Meanwhile, the Intestate Succession Act, which will only apply to the estates of non-Muslims, also expected to take effect this year, will remedy the uncertainty in how property is being distributed in such cases and give clarity.

Haji Mansur also sought to invite in-house counsel from government departments and government linked companies to join the Law Society to expand the community and be able to organise more collaborative works.

In addition, the president of the Law Society announced the resumed work of the Legal Advice Clinic, shifted online, enabling the public to apply for legal aid through its website.