Lebanon latest in Mideast to detect first case of monkeypox

BEIRUT (AP) – Lebanon’s Health Ministry said yesterday authorities detected the country’s first case of monkeypox in a person who returned from abroad and is now isolating at home.

The ministry said the person is stable and that authorities are tracking the person’s contacts.

Lebanon is the latest in the Middle East to join countries with reported monkeypox cases; the United Arab Emirates identified its first case of the illness in May. The announcement came as Lebanon prepares for a busy summer season with hundreds of thousands of expatriates and tourists expected to visit.

The virus originates in primates and other wild animals and causes fever, body aches, chills and fatigue in most patients. People with severe cases can develop a rash and lesions on the face, hands and other parts of the body.

The smallpox-related disease, which first causes flu-like symptoms before progressing to a rash on the face and body, is commonly found in parts of central and west Africa. But this year, 1,880 infections have been reported in over 30 countries where monkeypox isn’t typically found.

Some 85 per cent of the cases were in Europe. No deaths have been reported.

The World Health Organization said people with monkeypox could be infectious for up to four weeks and advised them to isolate until completely recovered.

Lebanon is in the grip of the worst economic crisis in its modern history, and its medical sector has been struggling with shortages in medicine and medical equipment. The country is home to six million people, including one million Syrian refugees. 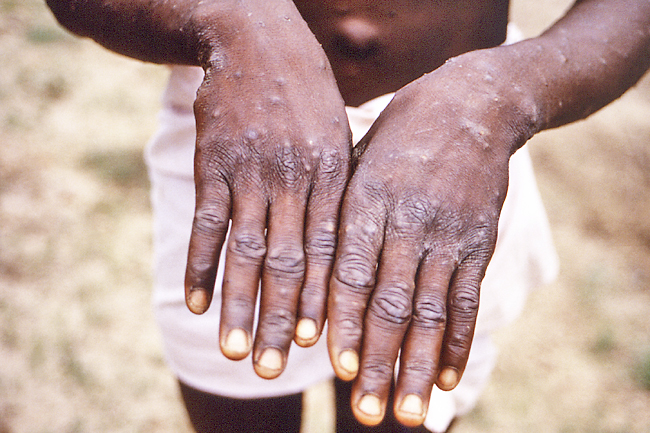