BEIRUT (AFP) – The Lebanese pound has hit a new low against the US dollar on the black market, a drop that coincides with bank closures this week due to heists by angry depositors.

The pound sold at close to 38,500 to the greenback yesterday, according to websites monitoring the exchange rate. It had briefly plunged to 38,600 against the dollar on Friday before rising slightly.

The drop in recent days marks a record low for the beleaguered national currency.

For decades, the Lebanese pound was pegged at 1,500 to the dollar, meaning that it has lost around 95 per cent of its value since 2019.

A financial crash widely blamed on government corruption and mismanagement has caused the worst economic crisis in Lebanon’s history. 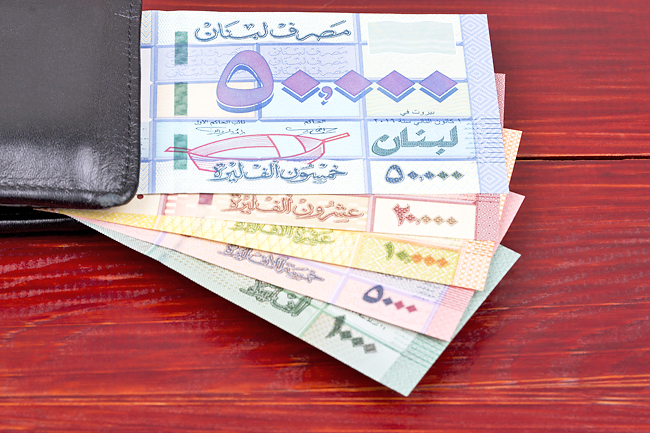 The World Bank has branded the financial crisis one of the world’s worst since the 19th century.

Making matters worse, Lebanese depositors have been locked out of their foreign currency savings by banking controls that have gradually tightened since 2019.

Unable to transfer or withdraw their dollar deposits, many have resorted to desperate bank heists to free their money. Lebanon saw at least seven such heists last week, with five taking place on the same day.

As a result, Lebanese banks sealed their doors yesterday as part of a three-day closure due to mounting security concerns.

With four out of five Lebanese now considered poor according to the United Nations (UN), the country has been desperately seeking a bailout from the International Monetary Fund (IMF).

But the required reforms have not been forthcoming. An IMF delegation arrived in Lebanon yesterday to follow up on the implementation of reforms following a staff-level agreement in April on a USD3 billion loan programme.