AP/NERD WALLET – I can be so mean to myself. My inner critic roasts my actions like a political attack ad, with claims that are cruel, overstated and often inaccurate. My ad would assert that I’m stupid with money, bad at decision-making and a crybaby to boot – all endorsed by yours truly.

I’m not the only one talking trash about myself. Most people face negative self-talk at some point, and it comes up often in the practice of New York City-based financial therapist Aja Evans. Even financial therapists serve themselves harsh burns. “My inner monologue is brutal,” Evans said.

Personal finance is a prime topic for inner critics to judge, as it can be emotionally loaded and involve major decisions. Learn how to identify this voice and reframe its message.

WHY YOU SHOULD ACKNOWLEDGE THIS VOICE

Internal criticisms can be limiting when they become self-fulfilling prophecies, said an Ann Arbor, Michigan-based financial therapist and author of The Financial Anxiety Solution Lindsay Bryan-Podvin. For example, why try to reel in your shopping if you’ve already labelled yourself as an overspender?

Or say your inner voice insists you’ll never understand investing. That statement could queue the following negative thought loop, Bryan-Podvin said: Because you already assume you can’t grasp investing, maybe you’re intimidated by the idea of opening a retirement account.

So you don’t set one up.

Then, well, you don’t have retirement savings or pick up any knowledge about investing. So you continue feeling like you’ll never understand it. 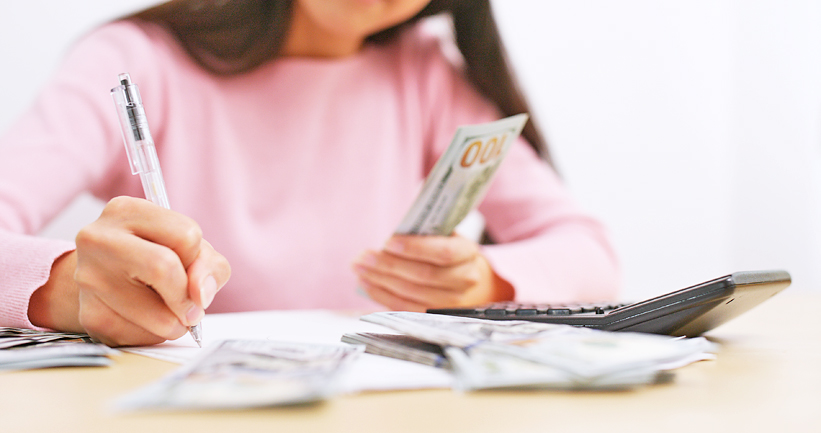 HOW TO IDENTIFY UNHELPFUL SELF-CRITICISM

To address overly critical thinking, you must first recognise it. The fancy term for these thoughts is “cognitive distortions”. In a Harvard Medical School article, Dr Peter Grinspoon describes them as “internal mental filters or biases that increase our misery, fuel our anxiety and make us feel bad about ourselves”.

Or consider this simpler definition of a cognitive distortion, from Bryan-Podvin: “an unhelpful or untruthful thought”.

Look for clues to identify cognitive distortions. According to the Harvard article, those could include labelling, like calling yourself a bad saver, and fortune-telling, like insisting you won’t ever make much money. Watch for absolute terms, too, such as “always” and “never”, Bryan-Podvin said.

WHAT TO DO WITH YOUR INNER CRITIC

When it comes to quieting these criticisms – or changing any behaviour – Evans said that “building awareness and tracking matters”. That’s why people log calories to eat healthier foods, for example, and track spending to save money.

Similarly, Evans said that acknowledging unfair claims is key to wrangling them. Perhaps in the moment, you simply say, “There’s my inner monologue again, being too harsh,” she suggested.

If noting your cognitive distortion in the moment is too hard, she said it’s fine to write or talk about your feelings later.

One way to do so is by scheduling recurring “worry sessions”, said a licensed marriage and family therapist Alex Melkumian. Dedicate those times to reflect on the financial challenges worrying you and how you tend to judge yourself about them.

Or attach this reflecting time to an existing habit, like your daily walk, Bryan-Podvin said.

Another route: Identify when that inner voice tends to yell the loudest and get ahead of it, she said. For example, if checking your spending always stresses you out, “maybe five minutes before you log in to that budget app, you spend some time lovingly challenging that inner critic”, she suggested.

Whether you silently note your feelings, jot them down or speak them aloud to yourself or a friend, Evans said, “the key is to be brutally honest with yourself”.

Then brainstorm activities that typically get you “back to a more neutral place” when you’re overwhelmed, she said.

Perhaps jogging outside, calling a buddy or scrolling through photos tends to make you feel better. Aim to tap those coping mechanisms the next time your inner monologue gets the best of you.

WAYS TO LEARN FROM YOUR INNER CRITIC

“The goal is not to get rid of the inner critic completely,” Melkumian said, adding that doing so would likely be exhausting – and fruitless.

Try to contain, rather than eliminate, the voice, Melkumian said. Think of your mind as a house and the critic as your roommate. “It doesn’t have to be sitting right next to us, talking in our ear,” he said.

And like a rent-paying, dish-washing roommate, your inner critic can have value. Recognise its overly harsh claims, and ideally you could learn from them.