Leading China for the next five years

BEIJING (AP) – The following is a look at the seven men making up the Communist Party of China’s all-powerful Politburo Standing Committee for the next five years.

The lineup was unveiled yesterday. Three are holdovers from the previous committee, including General Secretary Xi Jinping, who has received a precedent-breaking third term as party head.

They lined up before assembled media in the Great Hall of the People, standing on both sides of Xi in order of rank. All state titles will be bestowed at the legislature’s meeting in the spring.

Xi laid down the conditions for his continuation in power with the elimination of term limits.

Xi is what is known as a “princeling”, the son of one of Mao Zedong’s comrades in the founding of the People’s Republic. Xi Jinping, meanwhile, worked his way through a series of provincial postings until being appointed vice president and then party leader in 2012, and state president in 2013.

Xi, who has a law degree from Beijing’s prestigious Tsinghua University, has consolidated power through a sweeping anti-corruption campaign and reasserted the role of the state sector in the economy. 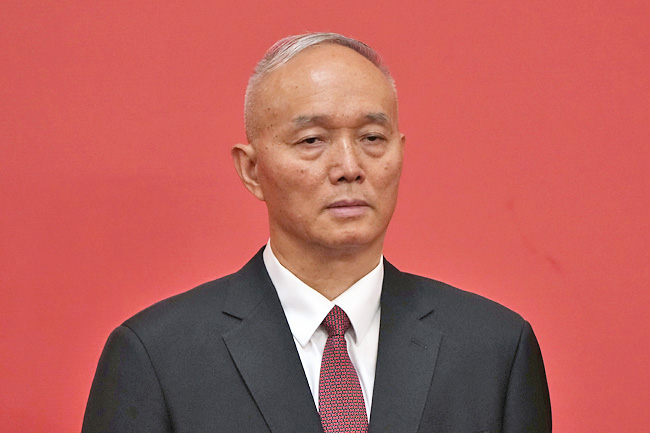 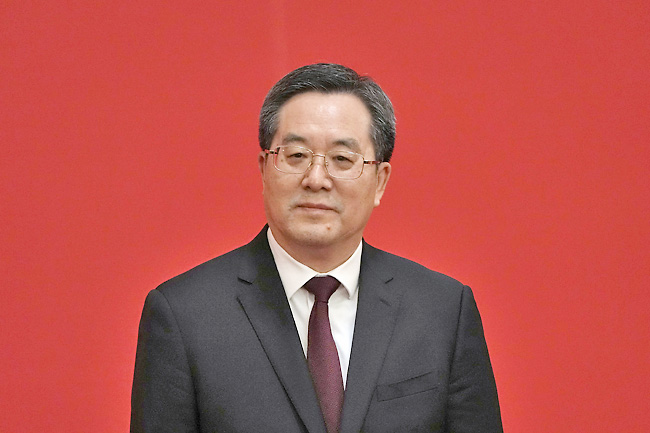 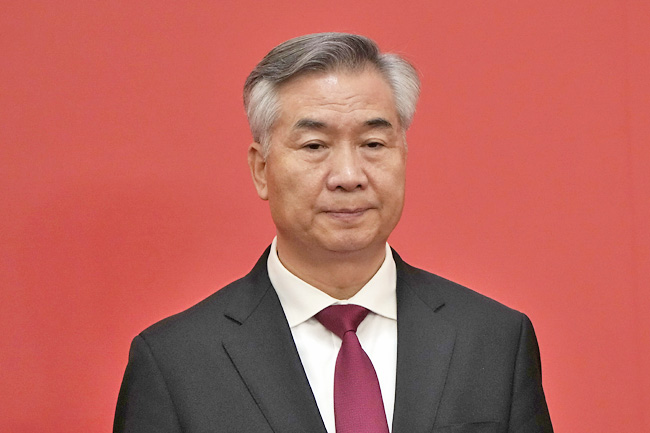 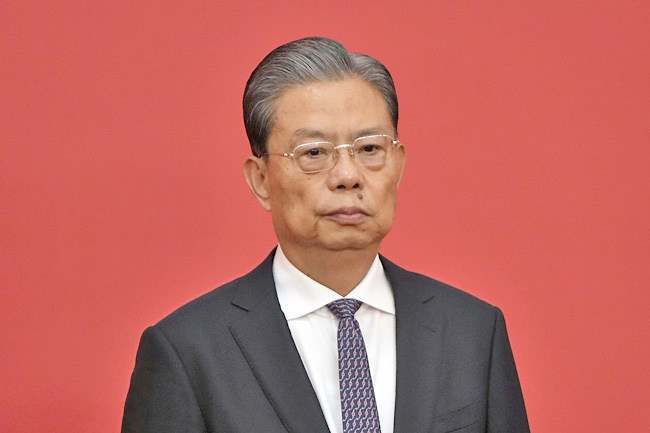 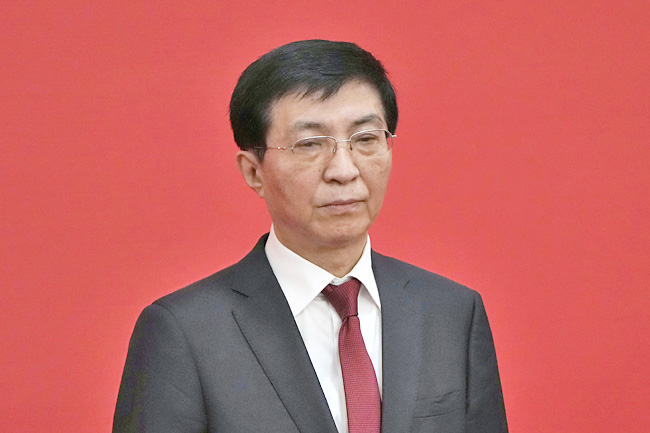 Li Qiang has been party secretary of Shanghai, China’s largest city and financial hub, since 2017 and was parachuted into the Politburo Standing Committee, possibly as a future premier.

The Shanghai post is one of China’s most important and was previously held by Xi, former President Jiang Zemin and former Premier Zhu Rongji.

Li, 63, is regarded as being close to Xi after serving under him in Li’s native southeastern province of Zhejiang, a centre for export-oriented manufacturing and private enterprise. He headed the province’s political and legal affairs department before being made deputy party secretary and holds an MBA from Hong Kong Polytechnic University.

Since 2017, Zhao Leji has run the Central Commission for Discipline Inspection. He is now in line to head the National People’s Congress, the largely ceremonial legislature that meets in full session just once a year and whose deliberations are mainly carried out behind closed doors by its smaller standing committee.

Zhao, 65, is seen by some analysts as part of Xi’s “Shaanxi Gang” of figures with family ties to the western province of Shaanxi. Before moving to Beijing, Zhao was party secretary for Shaanxi and, before that, for the remote western province of Qinghai on the Tibetan plateau, where he was born and spent his early career.

Longtime party political theorist Wang Huning, 62, has been a member of the Politburo Standing Committee since 2017 and moves up from fifth position, reflecting his status as one of Xi’s most important advisers.

The fourth spot usually goes to the head of the Chinese People’s Political Consultative Conference, the advisory group to the NPC that also oversees non-Communist groupings, religious organisations and minority groups.

Wang, who has a background in academia, has largely been in charge of party ideology as an advisor to a succession of leaders.

Unusual for those at the pinnacle of power, he has no experience as a regional governor, party leader or Cabinet minister.

Since 2017, he has served as director of the Central Leading Small Group for Comprehensively Deepening Reform, a relatively obscure body that helps enforce Xi’s policies. He was formerly dean of the prestigious Fudan University law school in Shanghai and a professor of international politics.

He is also the author of the highly critical book America Against America, written after a 1991 visit to the United States, which points to its economic inequality and other social and political challenges.

Cai Qi is another newcomer to the Politburo Standing Committee, a talented politician who has a long-established relationship with Xi.

As with Xi, Cai worked in the coastal provinces of Fujian and Zhejiang, arriving in Beijing in 2016 first as mayor before being promoted to the top spot of party secretary the next year.

His time in office has been more varied and challenging than some of his predecessors. He brought the 2022 Beijing Winter Olympics in on time and with relatively little disruption.

Cai, 66, is a Fujian native and considered one of the party’s leading intellectuals, having earned a doctorate from Fujian Normal University, while also proving himself a competent manager.

As head of the General Office since 2017, Ding Xuexiang holds one of the most important bureaucratic positions in the party, with sweeping control over information and access to officials.

That implies that Xi puts a high degree of trust in him and Ding is often among the few officials attending sensitive meetings alongside the general secretary.

That has earned him the sobriquets “Xi’s alter ego” and “Xi’s chief of staff”. Ding, 60, joined the Politburo in 2017 and has held a variety of posts within the party rather than in government administration.

Li Xi’s elevation to the Politburo Standing Committee appears to come in recognition of his success in promoting integration between Guangdong, with its technology centre of Shenzhen, and international finance hub Hong Kong.

Li, 66, has also been named to succeed Zhao Leji as head of the Central Commission for Discipline Inspection, whose activities Xi is bound to take a close interest in. Li’s father was an architect of Shenzhen’s success.

Li also has the special distinction of having been party secretary of Yan’an, where the party founded its headquarters.