A prolific Bruneian writer who passed away in 2021 was celebrated in an event held by the Language and Literature Bureau (DBP) yesterday.

The late Dato Paduka Haji Muslim bin Haji Burut, who was a Southeast Asian (SEA) Writer Awards winner in 1986, had a spotlight on his work during the DBP’s Multaqa Sasterawan Brunei, which honours local literary talents who had won national and regional awards.

In attendance was Minister of Culture, Youth and Sports Awang Haji Nazmi bin Haji Mohamad, who presented waqaf to the late writer’s family, as well as to a representative of Kampong Beribi Mosque.

The discussion was moderated by Syahwal Nizam bin Haji Yani.

The event also saw a performance based on one of Muslim Burmat’s works by the Putra Seni Group.

Yesterday, the minister officiated the re-opening of the DBP Book Shop at the DBP building at Jalan Airport Lama in Berakas. 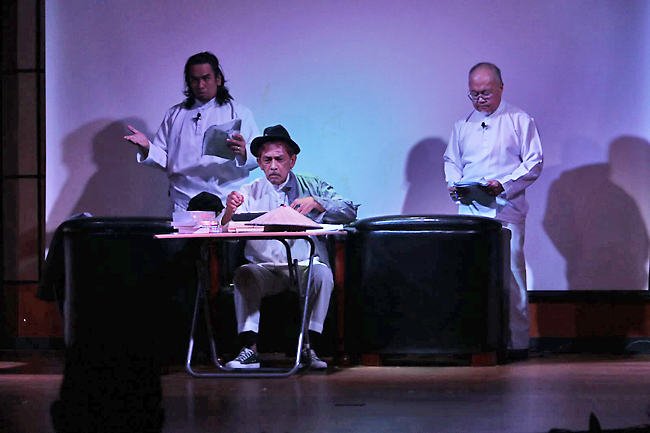