THE STAR – Laos, Thai and Myanmar officials have met to discuss joint efforts to crack down on transnational crime, especially drug trafficking in the Golden Triangle border area, a media report said on Friday.

According to the report issued on the website of the Office of the Supreme People’s Prosecutor of Laos, the second meeting of the Golden Triangle Prosecutors Network on “Cooperation to Counter Narcotics Trafficking in the Region” was held in northern Laos’ Luang Prabang province.

The meeting held from Wednesday to Friday aims to seek ways to deal with transnational crime in the area effectively, efficiently and promptly, said the report. The meeting listened to a presentation on the legal basis related to combatting and suppressing drug crimes, proposals on the law and how to make better cooperation in crime-related matters among the three countries.

The participants of the meeting agreed that transnational crime, especially drug-related crime, has become a global issue that threatens the security of countries in the region and beyond.

The first meeting was held in Thailand in 2018.

The Golden Triangle region is an area where the borders of Laos, Thailand and Myanmar meet along the Mekong River. 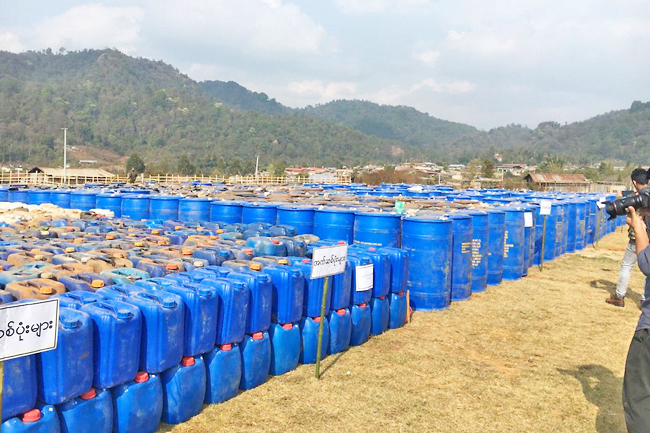