Preserving and empowering the Malay language requires dedication, and the command of standard Malay must be mastered as much as possible as a language of knowledge that is intellectually valuable and able to be highlighted globally.

This was said by Language and Literature Bureau (DBP) Acting Director Suip bin Haji Abdul Wahab in his welcoming remarks during the 10th installment of the Language Month Celebration 2022 at DBP’s Balai Sarmayuda yesterday.

A Language Pledge was also read, presented by DBP officers and staff led by the recipient of the Language Ambassador Award 2015 Irwan Rino bin Nordin. 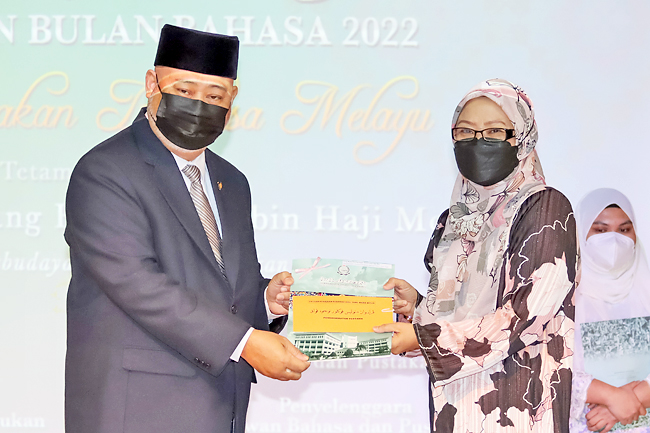 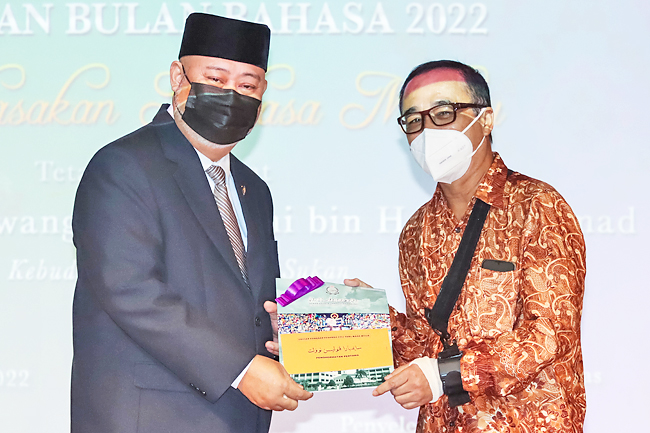 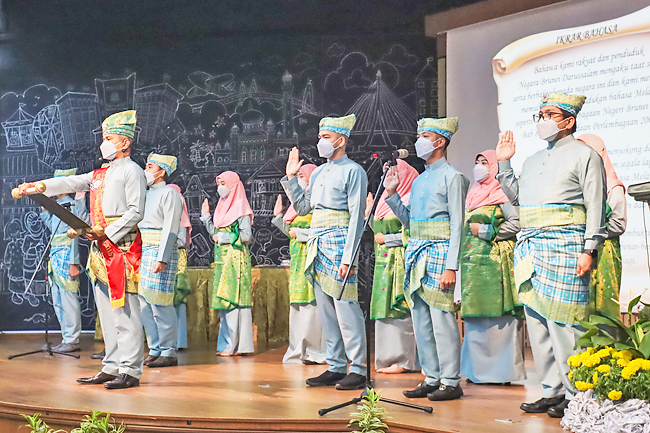 The DBP acting director said the annual event, organised by DBP since 2012, was part of the department’s efforts to continue intensifying the implementation of activities that can inspire the community to prioritise the use of Malay as the country’s official language.

“As an institution responsible for upholding the Malay language in the country, this department will continue to fight to strengthen the language,” he said, adding that DBP also optimises the use of digital platforms in ensuring the socialisation of the Malay language.

“All programmes and activities planned and implemented take into account the form of filling that is useful to the target audience to increase professionalism and knowledge in line with the progress of today’s world,” said the Acting Director.

“The next generation plays a big role and should have the spirit, soul and high commitment to ensure sustainability and sovereignty of the Malay Language,” he added.

A talk on ‘Empowering the Malay Language: An External Struggle’ was delivered by Cultural Elite Dr Haji Hashim bin Haji Abdul Hamid, a recipient of the SEA Writer Award in 2003, the Master of Arts Award in 2008, Meritorious Youth Leader Award in 2011, and ASTERAWANI Activist Figure Award 2012.