ADELAIDE, AUSTRALIA (AFP) – Petra Kvitova reached the Adelaide International quarter-finals yesterday after her opponent retired and was joined in the last eight by Olympic champion Belinda Bencic and Danielle Collins.

It was the fourth win from four matches so far this year for the 32-year-old Czech as she prepares for next week’s Australian Open, where she made the final in 2019.

“Of course this gives me some good confidence,” said the world number 16, who will now play Daria Kasatkina after the fifth seed beat Barbora Krejcikova in straight sets. “Still a few things to improve, of course, as always, but otherwise I’m happy.”

But it took her seven match points to break down the Swiss qualifier and set up a clash with world number nine Veronika Kudermetova. 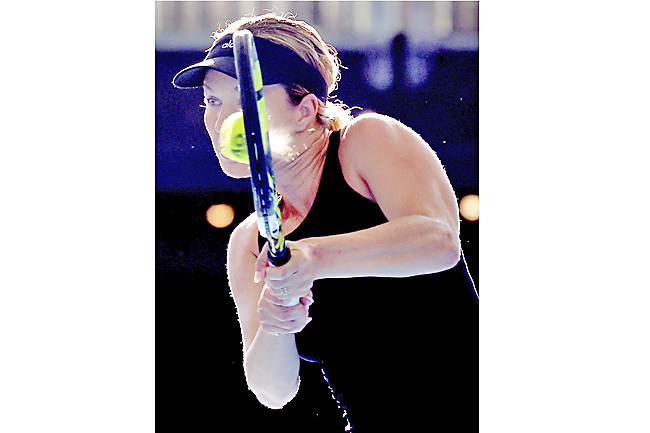 Bencic is now 3-1 for the year, having split her matches at the United Cup before defeating Garbine Muguruza in the opening round at Adelaide.

The world number 13 dropped only two sets – both to world number one Iga Swiatek – in her last eight matches and is in buoyant mood ahead of the opening Grand Slam of the year. ”I’m absolutely ready,” said Bencic, who won gold at the Tokyo 2020 Olympics.

“I’m really strong in the most important matches and in tight moments, so I definitely feel very confident about that. The more you win in those moments, the more it helps.”