Two buffaloes were sacrificed and the meat were distributed to 64 recipients comprising staff and students of KUPU SB.

The ceremony began with the recitation of Surah Al-Fatihah led by KUPU SB Acting Assistant Welfare Officer Abdul Hadi bin Haji Abdullah, followed by a mass recitation of Asmaa Ul-Husna and the singing of the national anthem.

The event, organised by the Student Affairs Division and the Student Association Council, aimed to promote the practice of giving alms to the needy and foster ties among members of KUPU SB. 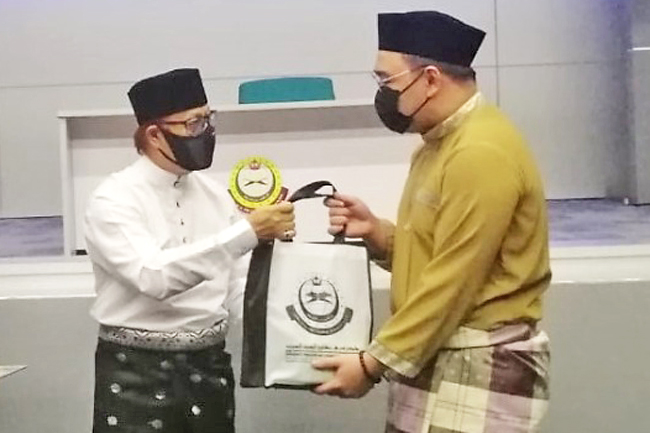 The event was organised by the Student Welfare Body, and saw the distribution of sacrificial meat to 27 underprivileged families and UNISSA members.

Assistant rectors, officers, academicians, and staff of UNISSA were present.

The ceremony commenced with the recitation of Surah Al-Fatihah followed by Selawat Tafrijiyyah and a mass Takbir Raya.

The event continued with the presentation of sacrificial meat by the guest of honour to the participants including 30 Asnaf families.

A total of four buffaloes were sacrificed at the ceremony. 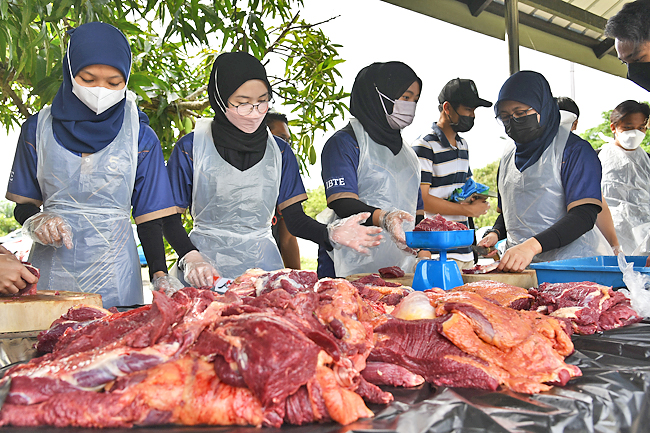 The Brunei Darussalam Amateur Radio Association (BDARA) held a Korban ceremony at the residence of its President in Kampong Terunjing recently. 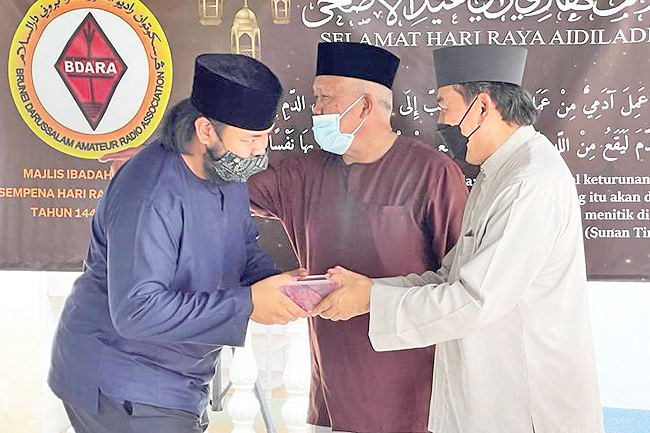 The event began with the recitation of Sayyidul Istighfar, Surah Al-Fatihah and Doa Selamat, followed by the Korban ceremony.

The sacrificial meat were distributed to participants including 60 residents of Kampong Sibut.

Three cows were slaughtered for the ceremony, and the meat were distributed to 25 Asnaf families residing in the Brunei-Muara District. Fifteen members of PERBEKAL and Sufri Bolkiah Mosque and Rashidah Sa’adatul Bolkiah Mosque Takmir committee members also received the sacrificial meat.

Some 216 kilogrammes of meat were distributed.

The event aimed to strengthen ties among Muslims in Brunei Darussalam as well as foster the values of cooperation and unity among the community.

The annual ceremony saw three cows slaughtered and packaged by the residents, and the Korban meat distributed to underprivileged families via drive-through.