LONDON (AFP) – Burnley manager Vincent Kompany insisted on Friday he is ready for the challenge of rebuilding his new team after their relegation from the Premier League.

Former Manchester City captain Kompany is back in English football after being hired by Burnley last week.

The Belgian faces a tough test at Turf Moor after leaving his first managerial role with Anderlecht in May.

The financially-troubled Clarets have lost key players Ben Mee, James Tarkowski and Nick Pope since the end of last season.

There is also uncertainty over the futures of Nathan Collins, Maxwel Cornet and Wout Weghorst. But Kompany, who won the Premier League four times in 11 years as a City defender, is confident he can oversee a successful rebuilding job at Burnley.

“It goes with the potential drop in revenues when you fall out of the Premier League,” Kompany told reporters.

“You always have to expect some of your valuable players to move on but it is a team with some experienced players and a depth of quality, certainly for the Championship.

“We are looking forward to bringing in some exciting players and hopefully in the next 24-48 hours we can start making the first announcements.” 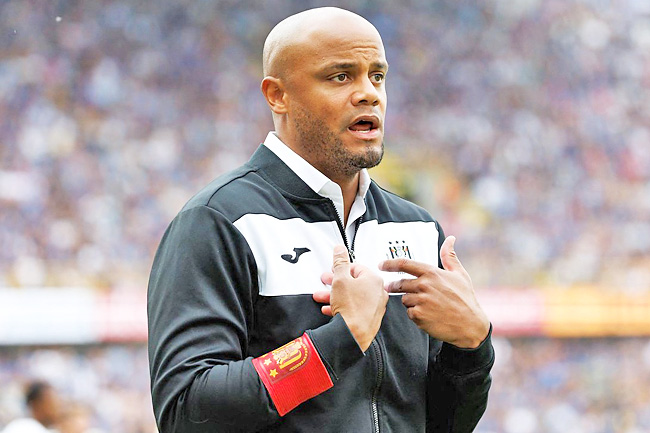