DUBAI (AFP) – India’s Virat Kohli said he was “pleasantly surprised” to get his long-awaited century in the short format as he targets more runs in the upcoming Twenty20 World Cup.

Kohli on Thursday scored his 71st international ton – his first ever in a T20 for India – after a gap of 1,020 days to help India end the Asia Cup with a crushing win over Afghanistan in Dubai.

India’s campaign in the tournament ended early after they lost their first two Super Four matches to Pakistan and Sri Lanka – the teams that made Sunday’s final with two wins each.

But Kohli shrugged off his extended dry run with the bat to score two successive half-centuries and then an unbeaten 122 off 61 balls to lead the tournament batting chart so far with 276 runs in five matches.

“This tournament was important for us,” Kohli said in an interview with skipper Rohit Sharma on India’s cricket board website. 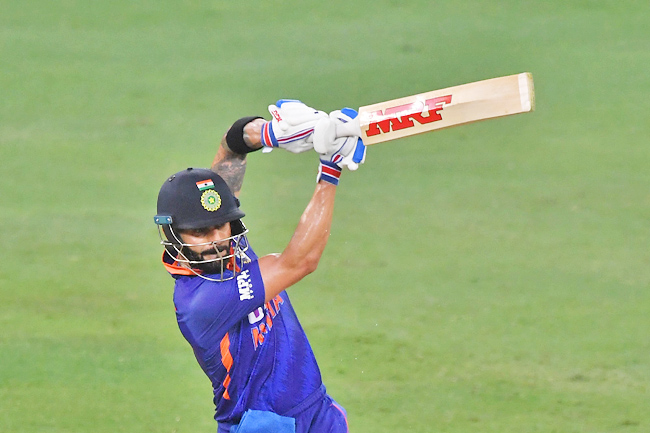 “We got an exposure of a knockout stage, of being under pressure but our goal is the World Cup in Australia and we are improving as a team. We will learn from the matches that didn’t go our way.”

The 33-year-old Kohli took a month-long break from tours of the West Indies and Zimbabwe to come back fresh for the tournament, which acts as a precursor to T20’s showpiece event.

During the tournament, Kohli talked of mental struggles in his lean patch and only former captain MS Dhoni reaching out to him when he stepped down as Test skipper.

“The way you all gave me space, I felt relaxed,” Kohli told Rohit.

“I was excited and I had to play like this because we have the big World Cup coming and if I play well I can contribute more to the team.”