LONDON (AFP) – Liverpool manager Jurgen Klopp (AP pic below) is sure Mohamed Salah and Virgil van Dijk will be fit to face Real Madrid in the Champions League final despite going off in last weekend’s FA Cup final win over Chelsea.

Both was left out of Klopp’s squad for the visit to Southampton as a precaution despite the Reds still being in the running for the Premier League title.

Asked if either could play at St Mary’s, Klopp said, “No. They are both okay, so the target for both would be they could be involved again at the weekend.

“It’s very positive, no doubt about the final and we’re realistic about the Wolves game (on Sunday), but for tomorrow, (we’d) rather not.”

Klopp’s men were given fresh hope they could pip Manchester City to the title when Pep Guardiola’s team dropped two points in a 2-2 draw at West Ham on Sunday. 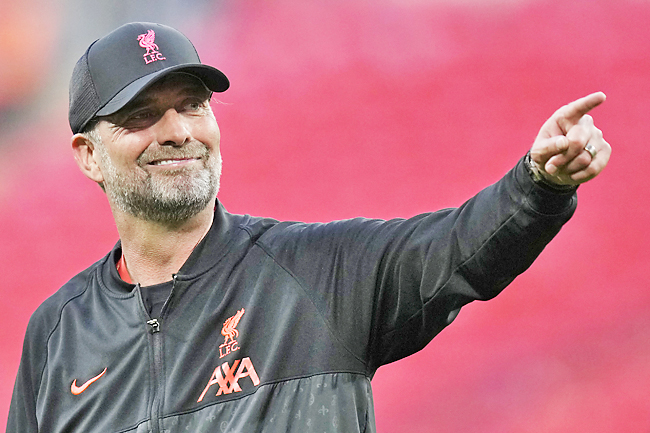 Defending champions City, with one game remaining, are four points clear at the top of the table with a significantly better goal difference than their rivals, who have two games left.

Liverpool beat Chelsea on penalties in the FA Cup final at the weekend to complete the second leg of a potential quadruple.

Brazilian midfielder Fabinho, who missed the cup final with a muscle injury, is not yet ready to return, but Scotland defender Andy Robertson should be available after suffering cramp on Saturday.

“What I can promise and definitely say is we will line up a team only for one reason – to try to win the game at Southampton, as difficult as it is, because that obviously is the job to do,” added Klopp.