The briefing was organised by the Tutong District Office.

DSO Mohd Azlan demonstrated the correct use of a fire extinguisher while briefing the attendees on the dangers of fire, as well as how to behave during a fire incident.

The training was led by ABK 549 Rosland bin Haji Ahmad and six firefighters from the Sungai Kebun Fire Station. The training aimed at increasing knowledge of fire safety as well as its practice, including life-saving measures taken if trapped in a building where a fire occurs.

It also practises the systematic evacuation of the school while ensuring the building is equipped with dry powder fire extinguishers and fire blankets. 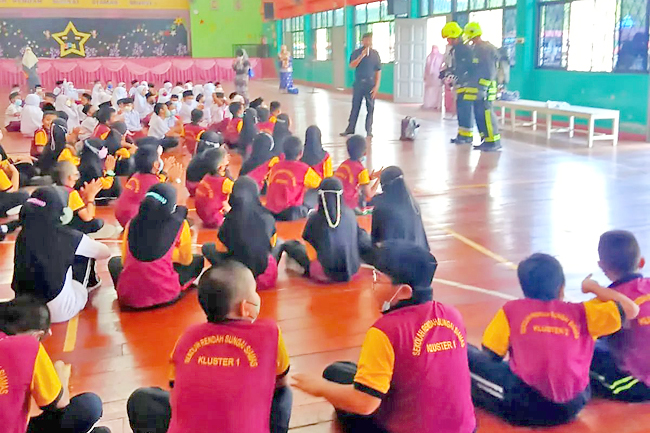