CHIMALHUACAN, MEXICO (AP) – In a shallow lake on the outskirts of Mexico City, a handful of farmers still harvest the eggs of an evasive, fingertip-size water bug in a bid to keep alive a culinary tradition dating at least to the Aztec empire.

Caviar is typically associated with sturgeons swimming the Caspian Sea, but the Mexican version is made from the tiny eggs of an aquatic insect of the Corixidae family, also known as the “bird-fly”, because birds like to eat it. Similar bugs are often known as “water boatmen” in English, because of the way they seem to row in ponds and streams.

The bug, which only occasionally surfaces before diving again in a trail of bubbles, would not look like food to most, but it was once important to the people of the Valley of Mexico.

For a farmer from San Cristóbal Nezquipayac, Juan Hernández, cultivating and collecting the tiny insect eggs known as ahuautle -meaning water amaranth in Nahua – is a way of life.

“For me, more than anything, it means tradition,” said the 59-year-old Hernández. He is one of only six people known to still harvest ahuautle, at least in the Texcoco area, they fear they may be the last. The painstaking collection of “Mexican caviar”, known for its intense but delicate flavour, is threatened by the drying out of Lake Texcoco, development around the lakeshore and waning interest in the ingredient among younger generations, said theagrarian history coordinator at the Center for Economic, Social and Technological Research on Agribusiness and World Agriculture in Mexico State, Jorge Ocampo. 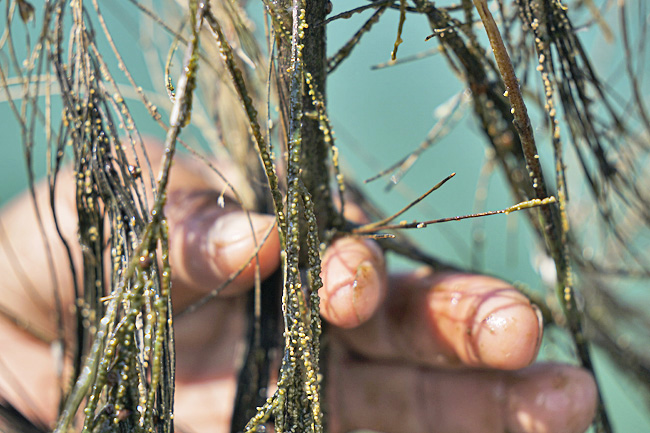 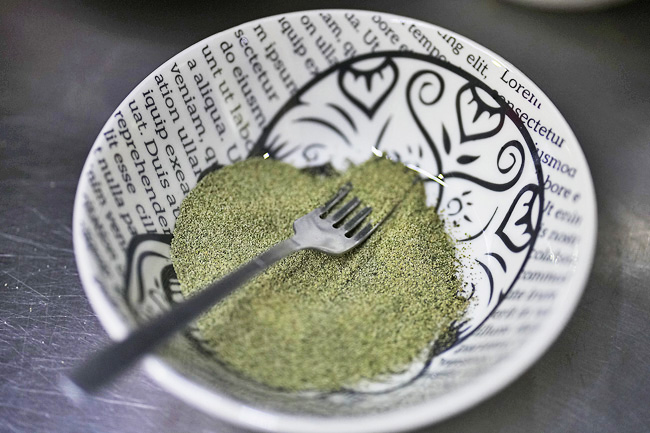 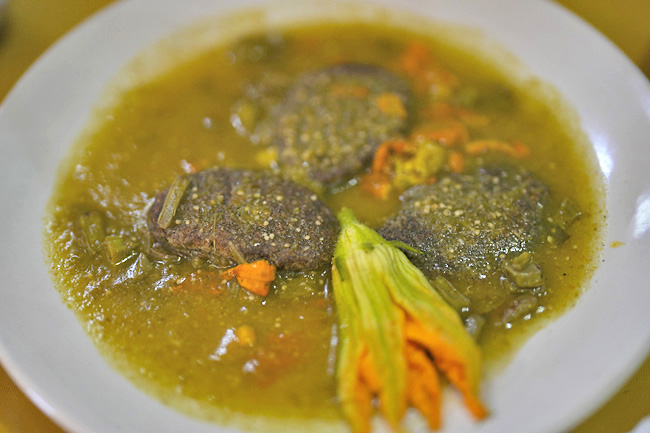 Ocampo called the dish’s survival an example of “community resistance”, similar to the way which inhabitants around Lake Texcoco – a shallow, saline lake that once covered most of the eastern half of the Mexico City valley – have managed to preserve other traditions, festivals and ceremonies.For Hernández, it’s hard, dirty work that few are willing to do anymore.

Dressed in a hat, long-sleeved shirt, shorts and rubber boots, Hernández wades through the calf-high waters of Nabor Carrillo, a smallish lake formed from the remnants of Texcoco to collect pine branches he had poked into the muddy lakebed the week before.

The branches serve as an anchor for the bird-fly bugs to deposit their eggs.

Under a blazing sun and accompanied by the calls of hundreds of herons, plovers and other migratory birds that stop at the lakes, Hernández gathers dozens of egg-coated sticks and lays them on a raft of styrofoam.

“We look for them along the edges of the lake, where the flies are more active,” Hernández said. He started as a young man, after a period of joblessness, joining about four dozen other residents who used to work the lakes during the ahuautle season, the rainy period from June through September.

After about two hours, Hernández has gathered a heap of sticks covered with thousands of bird-fly eggs.

He returns to the edge of the lake to lay the sticks out to dry in the sun, which can take several hours or days, depending on the weather.

“Cleaning is a process that takes a lot of work,” said Hernández, as he rubs his hand over the sticks to remove the eggs, which he then places on a piece of cloth.

Later, he takes the eggs home and runs them through a sieve to remove any bits of pine bark or mud. Then he packs them in bags he offers for sale.

While Hernández takes care of collecting the eggs, restaurant owner Gustavo Guerrero serves them to customers at his eatery in the east-side borough of Iztapalapa.

One of Guerrero’s favourite recipes is to mix the ahuautle with breadcrumbs and bind them with eggs to form a croquette, which he then fries and serves with green tomatillo sauce, nopal cactus and squash flowers, all pre-Hispanic ingredients. “Eating this is like revisiting the past,” said Guerrero, 61. He said the flavour of the ahuautle reminds him of his childhood when his mother cooked the dish according to a recipe she learnt from her grandmother.

But Guerrero acknowledges that “Mexican caviar” is at risk of disappearing because younger generations aren’t familiar with the dish, and ever-fewer people harvest it in the scarce remaining lakes where it is found.

Ahuautle is also at risk of becoming only a gourmet dish for the rich: A kilogramme of the eggs can sell for the equivalent of USD50 (roughly USD25 a pound).

Insects, their eggs and larvae have been a part of Mexico’s cuisine for hundreds or thousands of years. An entomologist at Mexico’s National Autonomous University, Edday Farfán said there are more than 430 species of edible insects in Mexico.

Farfán has been studying bird flies since 2016 and even has one tattooed on his arm.

Farfán said indigenous peoples living around the lakes adopted the insect eggs as a source of protein because before the Spanish conquest of 1521, they had few domesticated animals or livestock.

But now, Farfán said, the dish “is associated with the countryside, perhaps with poverty, as if it were an undesirable protein”.

Even those still familiar with ahuautle often consider the insects that produce it to be fed for chickens or turkeys, and may think of it literally as “for the birds”.

With the odds stacked against it, there is no guarantee that Mexican caviar will even be a choice for future generations.

“There are a lot of kids, young people who don’t eat it anymore, they don’t like it,” Hernández admitted.

“Now we are just keeping ahuautle alive,” he said. “I hope it doesn’t disappear because it is a source of income for those of us who live off the land.”