Forty-three offences were recorded in a roadblock at Jalan Bypass Lumut on May 16.

A total of 650 vehicles were inspected and among the offences recorded were 23 violations of Chapter 68 of the Road Traffic Act, including expired road taxes and driver’s licences, the use of plastic films and curtains inside the vehicle, and illegal modifications to the vehicle.

Meanwhile, 12 compound fines were issued by the Royal Customs and Excise Department (RCED) to drivers in possession of prohibited goods under the Excise Order 2006.

Three compound fines were issued by the Narcotics Control Bureau (NCB) with the department discovering traces of crystal believed to be drugs, consumption of controlled drugs, and possession of equipment used to inhale controlled drugs under Chapter 27 of the Misuse of Drugs Act.

The Land Transport Department (JPD) issued five compound fines related to violations made under Chapter 68 of the Road Traffic Act, including the absence of mudguards and installation of roof racks without permission. 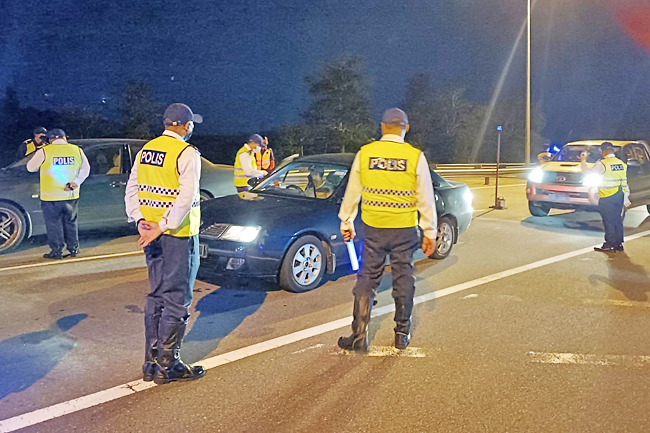