The Kampong Pandan Mosque Team was placed first in the Dikir Syarafil Anam competition for adults, beating eight other teams at the Pekan Seria Mosque yesterday.

Haji Aminorddin said the moque takmir committee organises the competition annually to promote the recitation of Dikir, and encourage participation from residents in the surrounding areas.

With five male teams and four female teams competing in the open category, the performances were judged based on three criteria – song, language, and voice, he said.

Haji Aminorddin also announced the winners of the competition, with Kampong Pandan Mosque Team being placed first overall with a final score of 95.75, followed by Wardatul Jamilah MJL and Syabab in second and third place with overall scores of 94.75 and 93.25.

In addition to the trophies and cash prizes to the top three teams, the guest of honour also handed out consolation prizes to all teams. 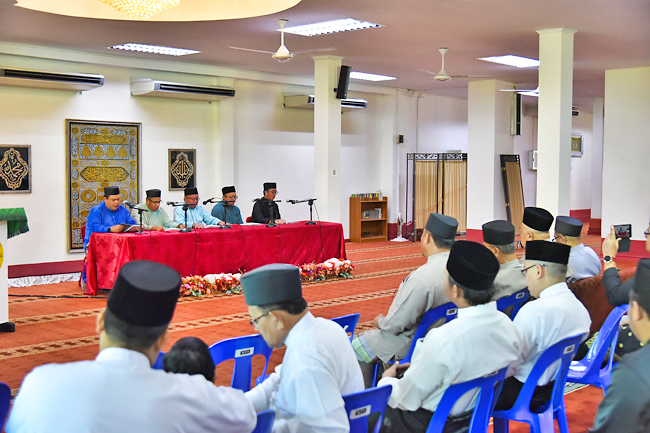