The United States (US)-based Kambosos missed the 135-pound limit initially, weighing in at 135.36 pounds. He had two hours to return to the scales to ensure today’s fight before an expected crowd of 50,000 at Marvel Stadium could officially go ahead.

He returned 70 minutes later and weighed 134.36 pounds. He thrust his arms in the air once he made the weight and glared menacingly at Haney’s camp.

Looking to defend his three world titles in the division and take Haney’s prized WBC belt, Kambosos even removed his clothing during his first attempt but was still over the limit during the weigh-in at Margaret Court Arena at Melbourne Park.

Haney weighed in successfully on his first attempt at 134.92 pounds and criticised Kambosos, tweeting a clown emoji. “He ain’t made weight,” Haney said. “I’m a true champion and true champions makes weight.” 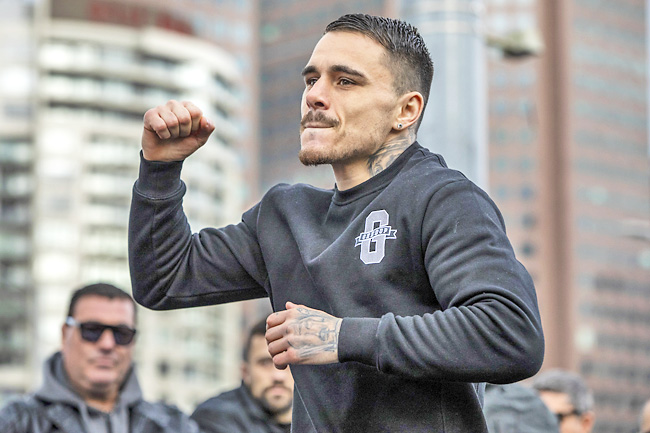 Kambosos, 28, holds the WBO, WBA, and IBF lightweight titles. He comes into the fight with an undefeated record of 20-0 with 10 KOs and won three of his world titles when he beat Teofimo Lopez in 2019.

Fenech later praised Kambosos for taking on such a strong fighter in his first bout in Australia in five years, but predicted Haney would win the 12-round fight.

Haney received good news yesterday when his appeal against his trainer/father Bill’s initial denial of a visa had been approved.

“Of course I’m happy to have my dad but nothing changes,” Haney told FightTV.

“I’ll still follow the same blueprint and do what we have to do to get the job done. Everything has just been working out in my favor and we’re ready to fight.”

Bill Haney was reported to be flying from Las Vegas to Melbourne to arrive in time for today’s fight. When Bill Haney was originally denied a visa, his son called in Yoel Judah, the father of former American boxer Zab Judah, as his trainer.