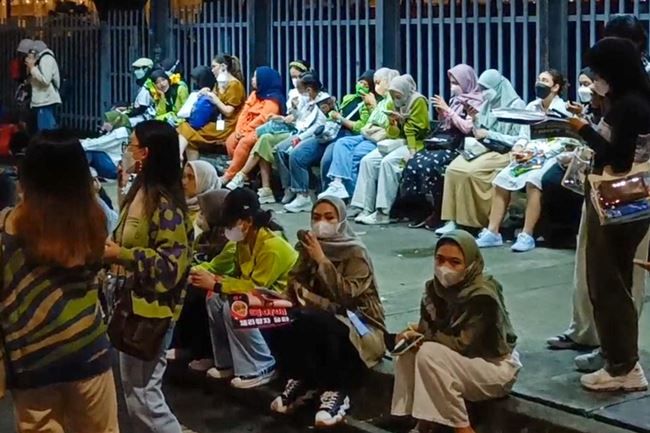 Indonesia is still reeling after over 130 people, including over 40 children, died in a stadium stampede last month – one of the deadliest disasters in football history.

Police spokesperson Endra Zulpan said late on Friday the concert near the capital Jakarta had been going for around two hours when fans started surging forward to get closer to the stage.