Utah set season highs in points scored, field goals made, and field goal percentage. The Jazz made 53 field goals while shooting 56.4 per cent from the field. They made 16 three-pointers en route to scoring at least 130 points for the third time in 12 games.

“We got literally like 12 guys that can go out there and cause a problem with mismatches or with their abilities on the court,” point guard Mike Conley said. LeBron James was sidelined along with Lonnie Walker IV and Patrick Beverley, leaving Los Angeles with only 11 available players.

Anthony Davis scored a season-high 29 points and Russell Westbrook added 22 points off the bench as Los Angeles fell to 2-8. 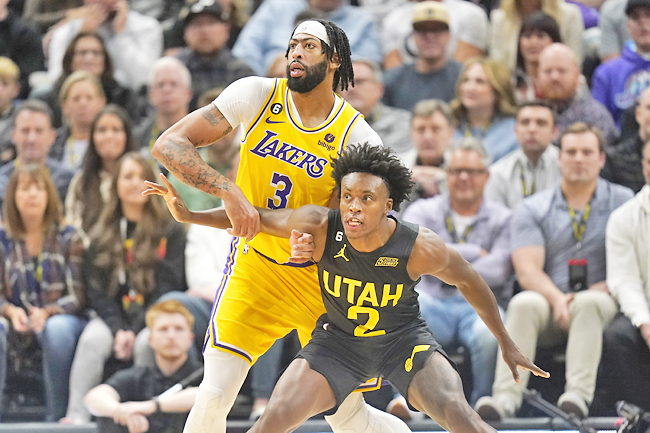 Clarkson hit four three pointers – the final one beating the buzzer – to help Utah grab a 42-34 lead going into the second quarter. He totalled 15 points in the first quarter.

The Lakers trailed throughout the second quarter but made four straight baskets, highlighted by a pair of dunks from Davis, to cut the deficit to one at 67-66. Utah countered with three-point plays from Collin Sexton and Markkanen to keep Los Angeles from going in front before halftime.

When the shots didn’t fall as easily in the second half, the Lakers were unable to keep up because they struggled to get stops with any meaningful consistency. The Jazz opened the third quarter on a 10-2 run to push its lead back to double digits. Utah made four straight baskets, punctuated by a three-pointer from Conley that put the Jazz ahead 86-73.

Davis closed the gap to 92-85 with a three-point play. That’s as close as the Lakers could get. The Jazz used a 16-5 run sparked by back-to-back Markkanen baskets to push their lead to 108-90 late in the third quarter. The Lakers are a half-game ahead of last-place Houston in the Western Conference after 10 games. The Lakers yielded an average of 134.5 points in the two losses to the Jazz, who shot better than 50 per cent in both games.