“It almost feels surreal,” Senga said through a translator at a news conference, showing off his new uniform after completing a five-year deal reportedly worth USD75 million.

“I’m very happy and excited to be in the Big Apple,” Senga said in English. “Let’s go Mets.”

“We’re thrilled to welcome Kodai,” Mets general manager Billy Eppler said. “We’ve scouted him from afar for a number of years and we knew when he hit free agency we would want to make this day a reality.” Senga said he was excited to pitch for Mets fans, who last celebrated a World Series crown in 1986. “I hope to live up to the highest of their expectations,” Senga said. 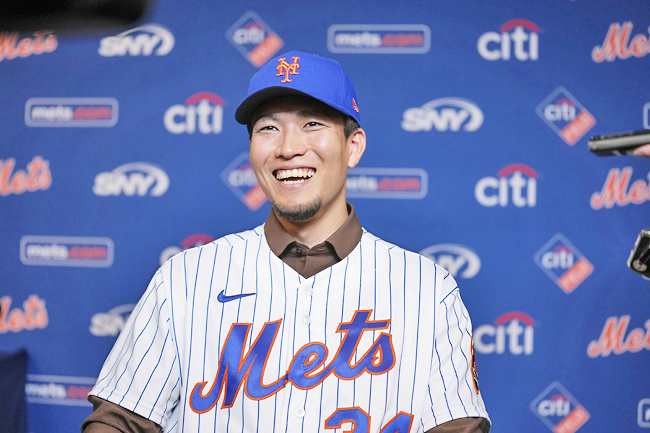