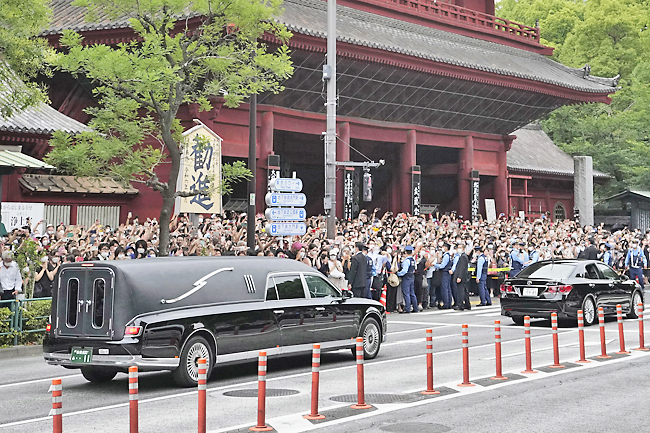 TOKYO (AP) – Japanese bid their final goodbye to former Prime Minister Shinzo Abe yesterday as a family funeral was held at a temple days after his assassination that shocked the nation.

Abe, the country’s longest-serving prime minister who remained influential even after he stepped down two years ago, was gunned down last Friday during a campaign speech in the western city of Nara.

Hundreds of people, some in formal dark suits, filled pedestrian walks outside of the Zojoji temple in downtown Tokyo to bid farewell to Abe, whose nationalistic views drove the governing party’s ultraconservative policies.